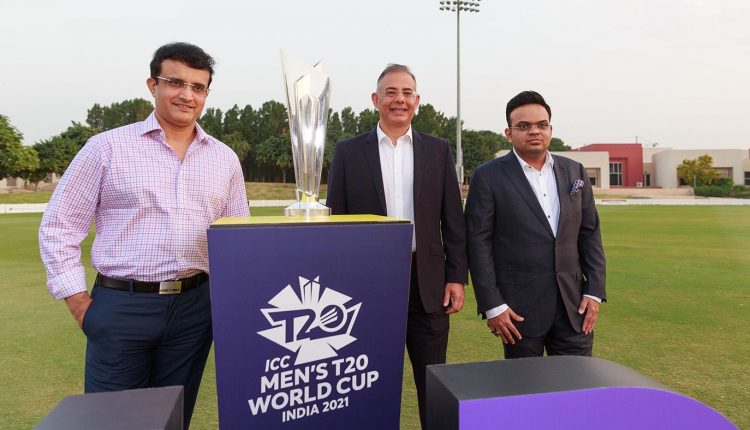 The ICC Board will meet on June 1 to discuss India’s host status of the 2021 men’s T20 World Cup, now less than six months away. It is unlikely that a final call will be taken then on whether the tournament goes ahead in India, but members are expected to get into the details of when and how contingency planning will need to be triggered if the tournament cannot go ahead there.

India is currently in the grip of an intense second wave of the Covid-19 pandemic and has seen record numbers of infections and deaths since April, and which has forced the curtailment of this season’s IPL.

The BCCI itself is scheduled to have a set of meetings leading into that ICC meetings. One of those, scheduled for May 29 is when the BCCI will address its members – the state associations – and provide an update on its planning for the remainder of the IPL and the T20 World Cup. The UAE is the ICC’s official back-up venue for the event, should it not go ahead in India.

In case the tournament does move to the UAE, a key question for the ICC to sort would be around the retention of BCCI’s hosting rights. Those bring in a significant amount of revenue for a host, from anywhere between US$250,000-300,000 per match in an ICC event. Dhiraj Malhotra, appointed by the BCCI as the tournament director, recently said on a BBC podcast that in case the World Cup was moved to the UAE, which he called would be a “worst-case scenario”, the Indian board would want to retain the hosting rights.

There is precedent for this, when Pakistan lost its co-hosting rights to the 2011 World Cup (after the terror attack on the Sri Lanka team) but fought – and won – to retain hosting fees from the event.

The BCCI had recently shortlisted nine venues for the event which will bring together 16 teams and is currently scheduled to be played between mid-October and November 14. Travel restrictions between the UAE and India because of the worsening nature of the pandemic in India meant an ICC venue inspection team’s visit in April had to be called off.

The pandemic has caused considerable disruption, specifically to the T20 World Cup. The 2020 event, originally to be staged in Australia, was postponed and then allocated to India, to be played this year. In turn, Australia got the rights to stage the 2022 edition.

The ICC Board is also expecting an update from the BCCI on the longstanding issue of tax exemptions sought by the global body from the Indian government for staging events in India. Both the ICC and BCCI have not seen eye-to-eye on the matter since the global body withheld close to $20-30 million from the BCCI’s share of the ICC’s central revenue for the 2016 World T20). The ICC said it had lost that amount because the BCCI failed to government exemptions.

In 2020, the ICC even threatened to pull the World Cup out of India in case the BCCI failed to get the tax waiver. While both parties have since attempted to resolve the issue amicably, the BCCI is yet to provide any definitive solution.

CEC open to more teams at World Cups, but…

The Board will also discuss global events during the 2023-31 commercial cycle, including the ongoing discussion on the expansion of the ODI and T20 World Cups. There is a degree of urgency around this because the ICC has to issue tender for media rights by the end of this year and bidders will need clarity on the number of events in the next cycle.

The matter has been simmering since October 2019 when the ICC, led then by chairman Shashank Manohar, approved an extra ICC event in the 2023-31 cycle. The motive behind that move, mainly driven by then ICC chief executive officer Manu Sawhney (who was sent on leave in March), was to have a global event every year in the cycle.

In February 2020, Sawhney asked members – including associates and affiliates – to enter the bidding process to host any of the 20 global events (including men’s and women’s events and U-19 tournaments). None of the BCCI, ECB or CA showed interest, stalling the bidding process.

Over the past few months, though, the ICC’s chief executives’ committee has been deliberating on the pros and cons of the number of ICC events in the next cycle, as well as which can be opened up to more teams.

The CEC remains open to an expansion to the men’s ODI World Cup – currently a 10-team event – as well as making the T20 World a 20-team event in the next cycle, there remains one significant concern; namely that though expansion will drive the growth of the sport, it could mean less revenue and greater costs around events, which could then impact revenue distributions to members.