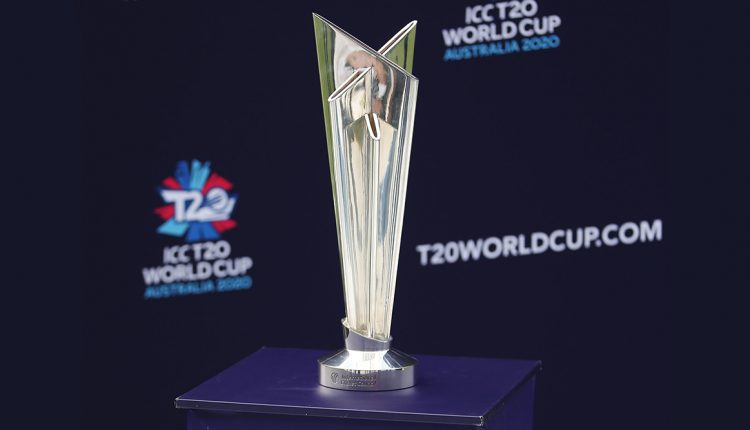 With India being one the worst-hit countries amid the second wave of the COVID-19 pandemic, BCCI are planning to move the upcoming 2021 ICC Men’s T20 World Cup to the United Arab Emirates (UAE) as the ‘worst-case scenario’. The prestigious competition was originally scheduled to be played in the October-November window of last year but was postponed to 2021 amid the first wave of coronavirus. ICC Men’s T20 World Cup 2021: BCCI Assured of Visas to Pakistan Team, Media.

The Board of Control for Cricket in India (BCCI) are preparing for the ‘worst-case scenario’ and could move the marquee tournament to UAE if the recent surge of rise in COVID-19 cases doesn’t come under control. The world tournament is scheduled to take place in India between October and November this year, with the final on November 14. AB de Villiers Absolutely Ready to Break International Retirement for ICC T20 World Cup 2021.

Dhiraj Malhotra, who was appointed as BCCI’s general manager of cricket operations and game development in February, said that the Indian cricket board have plans to hold the T20 World Cup in UAE if India is unable to host the competition amid the outbreak of COVID-19.

‘It would be (the) UAE. And we are hoping it will again be done by BCCI – we will take the tournament there. So it will be still run by BCCI,’ Dhiraj Malhotra said in a recent interview on BBC’s Stumped podcast.

Recently, the BCCI proposed nine venues across the country to host the 2021 T20 World Cup. Bengaluru, Chennai, Delhi, Dharamsala, Hyderabad, Kolkata, Lucknow, Mumbai and Ahmedabad are set to host the games with the world’s largest Narendra Modi Stadium in Ahmedabad, selected as the venue for the finals.

(The above story first appeared on Scoop Buddy on Apr 30, 2021 09:31 PM IST. For more news and updates on politics, world, sports, entertainment and lifestyle, log on to our website scoopbuddy.com).

Sharad Malhotra Opens Up About His Directorial Debut, Says ‘Making the Short Film Was Challenging but an Amazing Experience’

Rahul Bajaj steps down as the chairman of Bajaj Auto, Niraj Bajaj to replace him