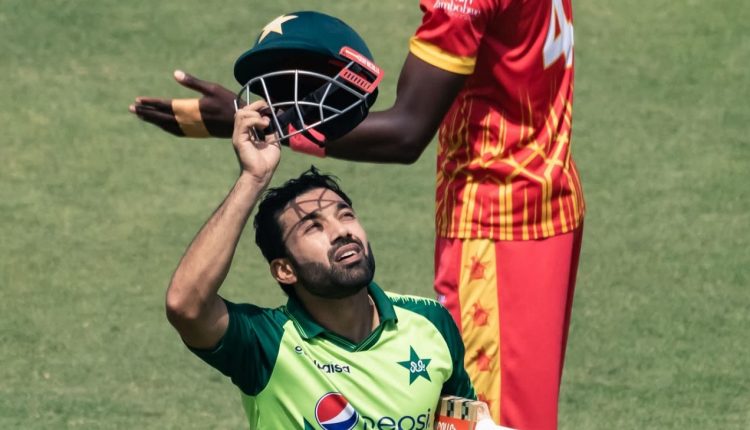 Mohammad Rizwan continued his rapid rise as a T20I batter by entering the top 10 in the ICC rankings on the back of his player-of-the-series performance in Zimbabwe.

Rizwan hit 82* and 91* in the two matches Pakistan won, and that took him up five slots to tenth. He went past Eoin Morgan and Rohit Sharma on the table where Dawid Malan, Aaron Finch, Babar Azam, Devon Conway and Virat Kohli retained the top five positions.

Haris Rauf was the other Pakistan player to make a noteworthy gain, up 17 places to 21st after taking four wickets in three matches.

Zimbabwe, who won the second T20I to give themselves a chance of a rare series win, moved up one slot – past Ireland – to No. 11 in the team rankings, while Pakistan remained in fourth place. Elsewhere, Nepal’s victory in the T20I tri-series at home against Netherlands and Malaysia meant a move up (by one spot, past Scotland) to No 14, while Netherlands slipped from 17th to 18th and Malaysia stayed at No. 31.

The drawn first Test between Sri Lanka and Bangladesh in Pallekele had a number of major performances by the batters of the two sides, and that reflected in the Test batting rankings too.

Dimuth Karunaratne’s career-best 244 helped him gain seven places to reach the 15th position. His 676 rating points was also his best since last January.

The other Sri Lanka batter to move up was Dhananjaya de Silva, who scored 166, and was involved in a 345-run stand for the fourth wicket with Karunaratne in Sri Lanka’s only innings. He gained seven spots to reach his career-best 28th position.

Among Bangladesh batters, Mominul Haque’s 11th Test century, and first overseas, took him from 35th to joint 31st, while Vishwa Fernando was the only bowler to have a decent haul, and his 4 for 96 in the first innings took him to 43rd place.