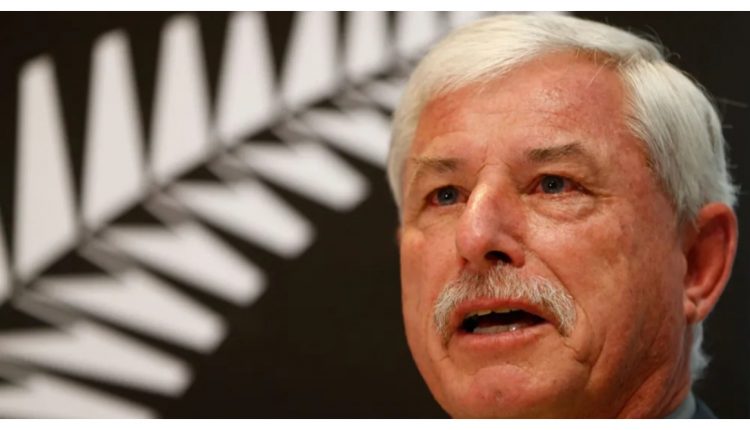 ICC WTC Final 2021: Richard Hadlee, Legendary New Zealand Fast Bowler, Has His Say on Who Would Win Between IND vs NZ

With the much-anticipated World Test Championship final on the cards, New Zealand legend Sir Richard Hadlee had his say on who he thinks would win the contest between India and New Zealand. The two teams are set to take on each other in the Test match starting on June 18 at the Ageas Bowl in Southampton. Stating that the cold conditions might favour New Zealand a bit, Hadlee said, “It all comes down as to who is better prepared and who adapts better to the English conditions the quickest.” India vs New Zealand ICC WTC 2021 Final: Michael Vaughan Predicts ‘Obvious’ Winner of IND vs NZ Clash

“The weather may also play a part and if it is cold that will favour New Zealand. The Duke ball will suit both team’s fast bowlers especially the genuine swing bowlers and the Kiwis are well served in that department with Southee, Boult and Jamieson. If the ball seams around off the pitch, batsmen in both teams will be challenged,” he also added.

India and New Zealand finished as the best sides in the World Test Championship table, surpassing teams like Australia and England, who finished third and fourth, respectively. India vs New Zealand, WTC Final 2021 Date, Match Timing, Venue, Squads, Broadcast Rights and All You Need to Know

While commenting on who his favourite was between India and New Zealand for the final, the 69-year old said, “Both teams have high-class batsmen so it will be an interesting game to watch. It is too difficult to call a winner at this stage.”

Hadlee also said that the players who would be participating the final have been consistent enough to be playing in the summit clash of the Test championship and that they wouldn’t be ‘too fazed’ about it.’Proud Girl Dad’ Ahead of ICC WTC 2021 Final Rohit Sharma Spends Quality Time With Daughter Samaira (See Post)

“The Test Championship is a one-off game. Yes, it is a final, but I don’t think either team will be too fazed about it. It is a neutral ground with no home team advantage,” he stated, adding, “It is something to look forward to. Both teams deserve to be contesting the final because of their consistent playing performances over a set period of time.”

(The above story first appeared on Scoop Buddy on May 25, 2021 05:14 PM IST. For more news and updates on politics, world, sports, entertainment and lifestyle, log on to our website scoopbuddy.com).