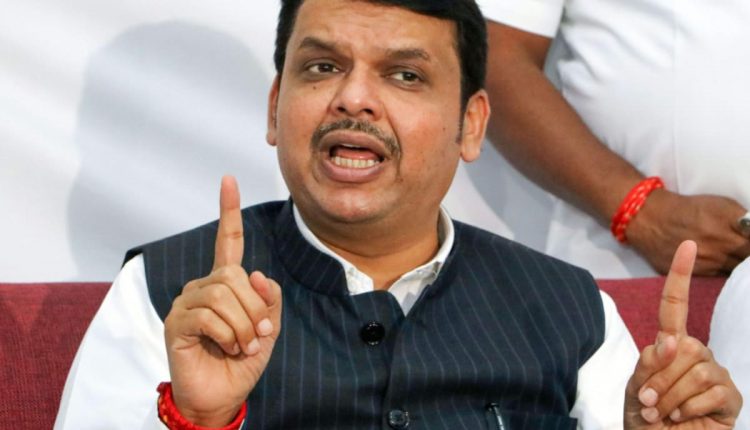 If I Get Hold of Coronavirus, Will Put it into Devendra Fadnavis’ Mouth: Sena MLA Sanjay Gaikwad

A Shiv Sena legislator has said he would shove COVID-19 virus into the mouth of Leader of Opposition Devendra Fadnavis if he could get ‘hold’ of the same. Hitting out at the former Maharashtra chief minister for allegedly indulging in politics over the coronavirus crisis, Buldhana MLA Sanjay Gaikwad said he was upset with the senior BJP leader so much that he could even put the dreaded virus into his mouth.

Maharashtra is one of the worst hit states at the moment and a blame-game is on between the state government, led by Uddhav Thackeray, and the Centre over the handling of the crisis.

Maharashtra on Saturday reported 67,123 fresh coronavirus cases, its highest single-day increase so far, taking the tally to 37,70,707, the state health department said. Besides, 419 deaths due to the pandemic were reported in the state, which pushed the death toll to 59,970.

The health department said a total of 56,783 patients were released from the hospitals during the day and with this, the total number of people who have been cured of this disease reached 30,61,174. The total number of Covid patients who are undergoing treatment in Maharashtra has gone up to 6,47,933. In Mumbai, 8,811 fresh cases were reported, taking the tally to 5,71,018, while 51 people lost their lives. A total of 12,301 have died from coronavirus so far in the city. In the last 24 hours, a total of 2,72,035 tests were conducted in the state and with this, as many as 2,35,80,913 samples have been tested.

(With inputs from News18 Bhasha)

DoT gets Rs 2,307 crore from Jio, Airtel by assigning some spectrum immediately, instead of later