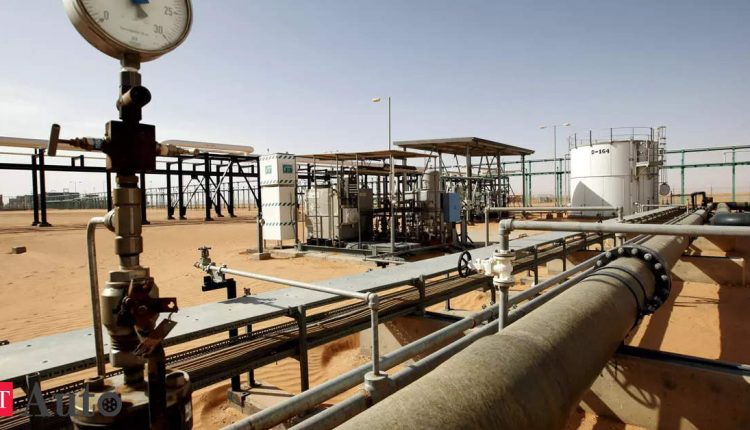 Indian refiners bought 18% of all the crude Russia exported in May, up from 1% before the Ukraine invasion, with Reliance Industries’ Jamnagar refinery sourcing 27% of its needs from there, a Helsinki-based research agency has said.

Russian crude oil imports into the European Union fell by 18% in May, the Centre for Research on Energy and Clean Air (CRECA) said in a report on Monday. “However, this reduction was taken up by India and the United Arab Emirates, leading to no net change in Russia’s crude oil export volumes.”

The US and Europe have been pressuring India to not increase its import of Russian oil since the outbreak of the Ukraine war. Deep discounts available on Russian oil have, however, whetted Indian refiners’ appetite for Russian oil that was traditionally not found competitive due to higher freight.

The largest Indian buyer is the Jamnagar refinery, which got 27% of its oil from Russia in May, up from less than 5% before April, CRECA said in its report titled ‘Financing Putin’s war: Fossil fuel imports from Russia in the first 100 days of the invasion’.

The report said that much of the oil was re-exported from Jamnagar. “Approximately 20% of exported cargoes left for the Suez Canal, indicating that they were heading to Europe or the US. We identified shipments to the United States, France, Italy and the UK,” CRECA said.

The report said that 93 billion euros worth of fossil fuels were exported from Russia since the beginning of the invasion. While 63% of export revenues came from oil and oil products, 32% came from fossil gas, with coal making up 5%. 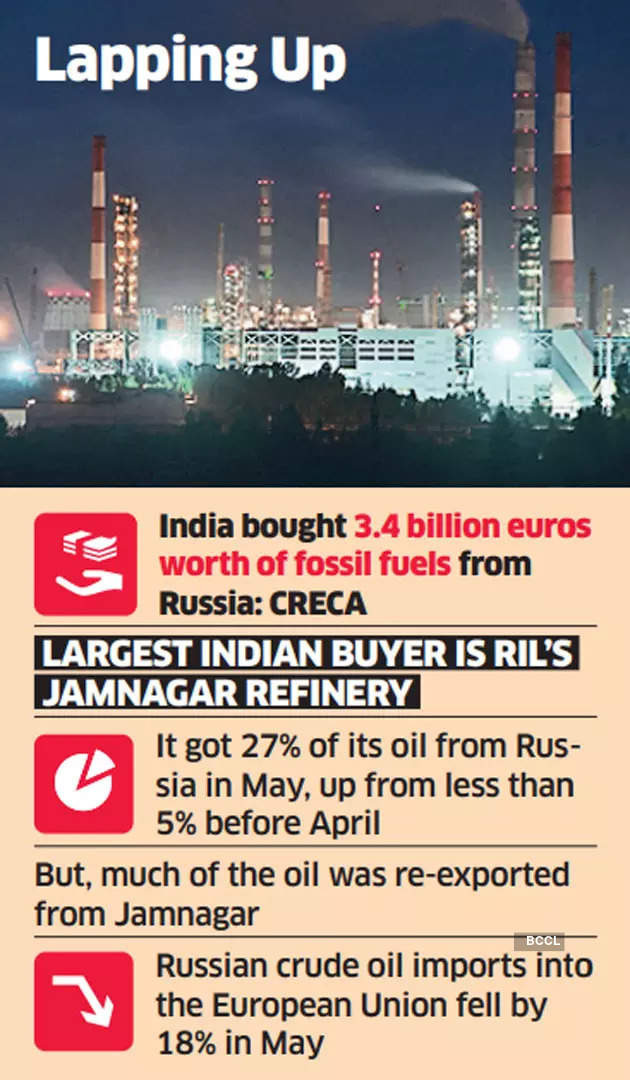 Asian buyers, dominated by China and India, are now taking close to half of all the crude shipped from the country’s ports, with a steady stream of tankers heading around Europe and through the Suez Canal from the Baltic and Arctic Seas.