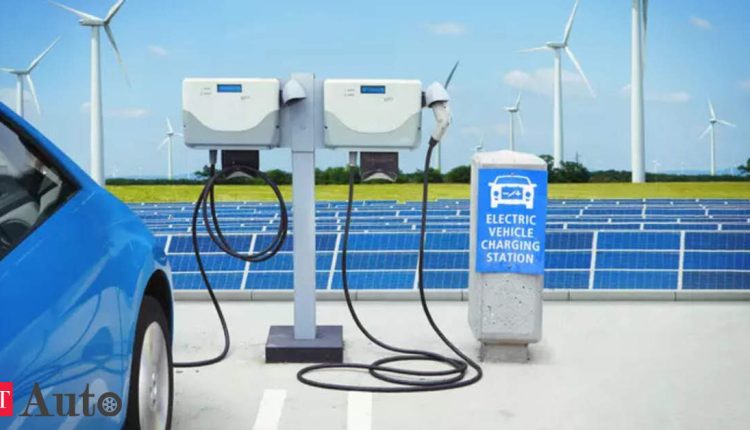 The race for green fuels was heating up even before India had set an ambitious target of carbon neutrality by 2070. The target is a giant one as India is ranked fourth in the world amongst the biggest emitters of carbon dioxide after China, the United States and the European Union. That coupled with the fact that India is soon going to surpass China in terms of population and consumption growth with better economic opportunities, the emissions per capita is also bound to rise.

The government has been actively working on curbing environmental pollution with the push on EV’s through FAME and favourable policies for renewable energy but to achieve carbon neutrality, a gamechanger is required. It would mean, source of energy for both domestic and industrial consumption be overhauled for a country that is still getting more than 50% of the country’s electricity from coal.

The movement on this subject has been swift since the PM made the commitment at COP26 summit in Glasgow. India’s commitment to push for green fuels became clear when the PM launched the National Hydrogen Mission on India’s 75th Independence Day.

The Ministry of Power, New and Renewable Energy has worked tirelessly to deliver the green hydrogen policy as well as to push forward the bill seeking to promote the use of non-fossil fuels, including ethanol, green hydrogen and biomass. Tough steps have been introduced to enforce the adoption across key sectors. The bill details out the sectors that need to incorporate the use of green hydrogen as well as fee waivers. India is expecting not only to produce green hydrogen for domestic consumption but also export it to other countries. To facilitate the same, the ministry of power and renewable energy has also reached out to Shipping ministry for providing bunkers at major ports for storage.

One of the key contributors to Carbon footprint is the automotive sector. In such a scenario, automotive vehicles require greater investment in electric and hydrogen engines. People these days are willing to opt for hybrid vehicles as they want to commute in a way that doesn’t generate much carbon. These new-age vehicles run on an internal combustion engine combined with an electric motor that is powered by batteries. Rather than plugging in the car to charge it, the batteries are charged by the internal engine and regenerative braking. To simply put, these cars run on both gas and electricity, reducing the amount of fossil fuel used.

Automobile manufacturers are also taking steps to increase the use of renewable energy and meet various fuel efficiency regulations. With newer alternatives picking up, green fuel has become a sustainable option for the automobile industry to reduce carbon footprint. Technology is finding new ways to a greener future and soon this will be an urban reality.

Green fuel will play a vital role in curbing both PM (particulate matter) and NOx (nitrogen oxides) emissions as mandated under the BS-VI(Bharat Stage Emission Standards). Adoption of alternative fuel technologies will further help India to take a step forward in reducing its dependence on crude oil imports as per the government policies. In the near future, apart from biofuels, E20 flex fuel (ethanol blended) can also be an alternate option. The mass utilization of flex fuel will significantly help to control pollution. India’s auto majors are responding to the changing needs of the society and are contributing to a smooth sustainable transition.

The above chart showcases to what extent trucks, large & small cars emit carbon dioxide. The alarming data calls for immediate action. In order to cut down carbon emissions and move towards a sustainable future, the automobile industry is on its way to design cars that will run on green fuel and flex fuel.

The only challenge that one can foresee is the availability of hydrogen electrolysers. By ministry expectations, India will require 50 gigawatt (GW) of electrolysers or more to ramp up hydrogen production. The global capacity for electrolyser stood at 0.3 GW in 2020 and would reach 17GW by 2026 according to the International Energy Agency. It means that private enterprises will have to champion the cause alongside the government.

We have already seen plans being unveiled by renewable energy companies and some of the biggest Industrialists in India to setup capacities at the earliest. Presently, various companies in India have commenced to partner with global counterparts with an agenda to help achieve the goals set and further address the issues that contribute to emissions.

In the next 7 years, ACME will invest INR 1.5 trillion in Karnataka and Tamil Nadu with an effort for green hydrogen production, Adani Industries will invest $50 billion to create green hydrogen ecosystem with TotalEnergies and Reliance industries too has joined hands with Danish company Stiesdal A/S to develop and manufacture hydrogen electrolysers. Renewable energy major ReNew Power has recently signed a preliminary agreement with the Egyptian government to invest $8 billion. Hinduja group too is looking to expand in green hydrogen manufacturing.

The enthusiasm in India Inc. is really high when it comes to environment friendly green fuels and especially green hydrogen. Support from the government and well formulated policies will move the needle to provide a ready market for green fuels which in a way is already in process with government outlining the sectors.

Disclaimer: This article is authored by Naveen Soni, President, Lexus India. Views and opinions expressed in this article are solely those of the original author and do not represent any of The Times Group or its employees.