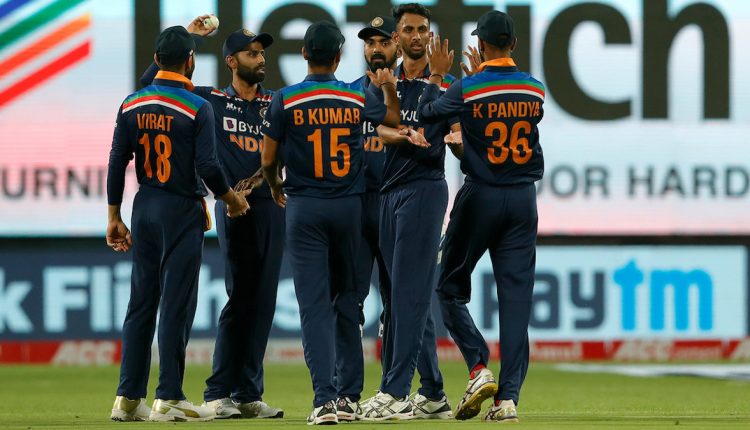 Kolkata, May 9: BCCI president Sourav Ganguly on Sunday said that the Indian team, sans the top players, will tour Sri Lanka in July for a limited-overs bilateral series. Big names such as skipper Virat Kohli and vice-captain Rohit Sharma will not be part of the tour as they will be engaged in a marquee five-match Test series in England. Chris Gayle Teases Kevin Pietersen With Hilarious Reply to Former England Captain’s Shirtless Twitter Post (See Tweet).

“We have planned a white ball series for the senior men’s team during the month of July where they will play T20 Internationals and ODIs in Sri Lanka,” Ganguly told PTI in an interaction. Jaydev Unadkat Charged Up Despite ICC World Test Championship Final Snub, Says ‘Bring On the Next Season’ (View Post).

Asked how will India segregate the two teams, Ganguly said that it will be a different side, which won’t have anyone from the outfit that will be in the United Kingdom at that time. “Yes, it will be a team of white-ball specialists. It will be a different team,” the former India captain said, making it clear that the cricket board also has the preparation of white ball regulars in mind.

There will be at least 5 T20 Internationals and maybe three ODIs in Sri Lanka. India’s tour of England will end on September 14 and with the schedule of the remainder of IPL yet to be chalked out, the BCCI would want the likes of Shikhar Dhawan, Hardik Pandya, Bhuvneshwar Kumar, Deepak Chahar, Yuzvendra Chahal to be match ready.

“The BCCI president is very keen that all our top players are match ready and since England doesn’t have a white ball leg the month of July can be utilized well,” a BCCI source told PTI while explaining the logic behind the tour. For the Kohlis and Sharmas, they need not come from the UK, which has in place some hard quarantine rules.

“Technically, in the month of July, there are no official senior India team matches. The Test squad will be playing intrasquad games. “So there is no harm in India’s white-ball experts getting some match time and selectors also get to fix the missing jigsaws in selection puzzle.”

This will give the team a chance to carry out experiments, like whether it will be Chahal, Rahul Chahar or Rahul Tewatia for the leg-break bowler’s slot if Chetan Sakariya can be tried as a left-arm option, whether Devdutt Padikkal or Shreyas Iyer gets fit to play by then. Not to forget that Prithvi Shaw’s international career could get a boost with this white ball tournament, with Suryakumar Yadav and Ishan Kishan also getting a chance to stake their claims.