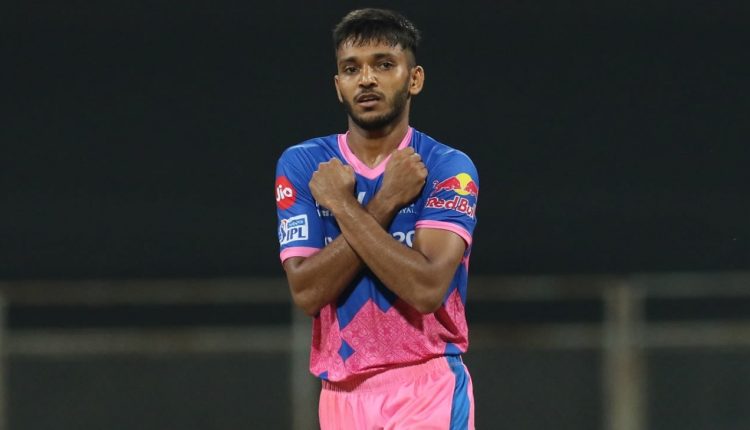 The year 2021 has given Chetan Sakariya some of his most cherished memories. But it has also taken away the pillars of his life. In February, his younger brother died by suicide days before the IPL auction. In May, soon after Sakariya impressed in his maiden stint with the Rajasthan Royals, he saw his father succumb to Covid-19.

At 23, Sakariya is no stranger to hardships and struggle, having been the sole breadwinner of his family for the last three years, but he now wants to live with the happy memories life has thrown at him, like the news of his India call-up for the limited-overs series in Sri Lanka in July.

“I would’ve been happy just going to Sri Lanka as a net bowler, so this is a massive surprise,” Sakariya told ESPNcricinfo. “At the IPL, I thought I exceeded my own expectations. Initially, I thought I may have to wait for my turn [at the Royals], but once I got into the camp, the kind of confidence and faith everyone showed in me, I got the vibes that I’ll start. So while it is a surprise [to be picked for India], I’m very much ready and confident with the way I’ve prepared.”

After the IPL was suspended, Sakariya, a left-arm medium pacer, resumed training in the third week of May. Much of his routine has been focused on improved fitness and developing a strong core. He has been working under the mentorship of AT Rajamani Prabhu, a renowned strength and conditioning coach, in Chennai. The pair first worked together during a pre-IPL camp.

“I enjoyed training under him at Royals, so when I was ready to resume, I expressed keen interest in training again under Rajamani sir. The franchise was very supportive of that and arranged everything – like my accommodation and travel – in Chennai, so that I could become a better version of myself. For the last 15 days, I’ve had two intense training sessions every day, with a short break for lunch and rest.”

Sakariya has specifically been working on “energy system development”, a training method he explains as something where you “sustain energy over a long period of time through a dedicated training routines”. Ask him about the benefits, and he spontaneously says it has helped improve his agility.

“I feel my movements are swifter, my core is stronger, and I believe I’m bowling a tad quicker as well. This side of training isn’t something I knew a lot of growing up, but I’ve felt a lot of change in the way I feel about myself. It’s been a busy routine in Chennai, but one I’m happy and satisfied with. I’m looking forward to learning a lot more with the Indian team.”

Sakariya isn’t the only one to have utilised this break to make changes to the way he approaches his training. Opening batter Ruturaj Gaikwad, also part of the 20-man tour party led by Shikhar Dhawan, focused on “sleeping early and become a morning person” so that the 7-11am window during lockdown at home in Pune was utilised in the best way possible.

“In Pune, there’s been a lockdown since May, and things have been open only from 7-11am. So I wanted to ensure I didn’t spend that time sleeping,” Gaikwad said. “I wanted to utilise more of that time for my fitness work and gym work. I didn’t want myself to be caught off guard and be in a situation where I was picked but wasn’t conditioned enough.”

Because he has tuned himself to going to bed early, he almost didn’t come to know of his India call-up on Thursday night when it was announced – he happened to check his phone only because he mistook the repeated ringing for distress calls from his friends.

“When I go to sleep, I generally switch off mobile data. I know if it’s an emergency, someone will generally call twice. When my phones started ringing continuously, I wasn’t first sure what it was,” Gaikwad said, laughing. “Then two journalists informed me of my selection.

“I had to wake my parents up to tell them. They were quite deep in sleep, and weren’t fully able to process what I was telling them at first. But this morning they woke up really happy and made some pedhas (sweets) at home, and I was happy to make an exception and have them to celebrate the happy news.”

Like Sakariya, this is Gaikwad’s maiden call-up. Unlike Sakariya, Gaikwad, has been in and around the India A set-up. While he says the ultimate dream is to earn a debut, he wants to keep his mind blank and soak in the experience of being on tour with the national team.

“I had a few good scores for India A two years ago, but I wasn’t thinking much about my selection,” he said. “Even now, I’m not thinking on the lines of ‘will I play’. My main focus is on doing my processes right. I’m looking forward to learning the knack of adaptability, something that will be very important going forward.

“Once you play international cricket, teams and players watch you, they make plans against you. Dhawan and a few of the other seniors have played a lot of international cricket, so I’d like to learn from them by chatting to them about how they assess conditions, how they’ve adapted, how they’ve used their experience and learnt from their failures.

“I am also really excited to train and spend a month under Rahul Dravid, who was our India A coach when I was part of the team two years ago. He was with us on three tours, and we started to get familiar with each other. So when he was appointed the National Cricket Academy chief, I was personally disappointed at not being able to pick his brains anymore. But now, getting a chance to do that will be very useful for me.”