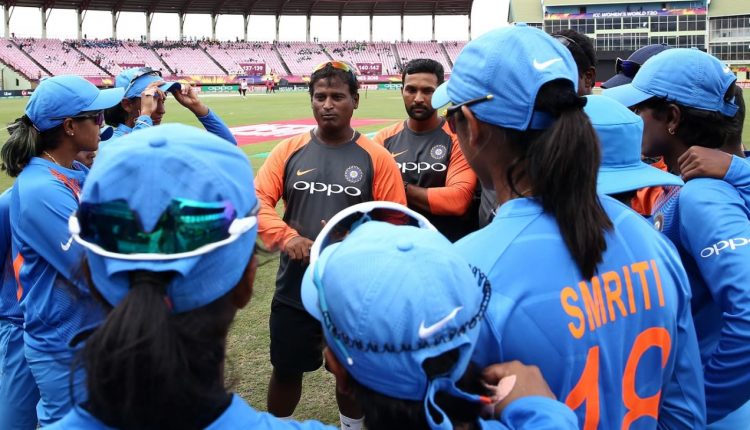 Former India internationals Hemlata Kala, Mamatha Maben, Jaya Sharma and Nooshin Al Khadeer are understood to have applied for the job of head coach of the India Women’s team. The update comes less than a month after the women’s selection committee emailed the BCCI urging the board to consider appointing female personnel in prominent positions for the women’s national team. Apart from the four ex-players, Suman Sharma, a former assistant coach with the team, has thrown her hat in the ring too.

Also in the fray are WV Raman, the head coach of the team since December 2018 until the home series against South Africa in March this year, Ramesh Powar and Tushar Arothe. Raman had replaced Powar in the top position in 2018, after Powar had taken over from Arothe following a 15-month stint.

Arothe first and then Powar had lost the confidence of some key players during their tenures, which led to the quick changes at the top. Powar’s exit came under particularly acrimonius circumstances, and was followed by Raman’s appointment for a two-year term. The biggest achievement for the team since Raman came in was reaching the 2020 T20 World Cup final, where India lost to Australia at the MCG. But ESPNcricinfo understands there is now a divide among the senior players about Raman too, which the selection committee is aware of.

Raman’s position has also come in for scrutiny following the losses to South Africa at home last month. Playing internationally for the first time after almost a year, India lost both the ODIs and T20Is, and those reversals, ESPNcricinfo understands, prompted the selection panel led by Neetu David to ask the BCCI for a rethink on the support staff. BCCI secretary Jay Shah is believed to have spoken to at least one member of the selection committee before the Indian board put out an advertisement, on April 13, inviting applications for the head coach’s job – for a term of two years, with the job including overseeing the senior team as well as the India A and Under-19 teams.

The deadline for submitting applications was April 26. Following virtual interviews, to be conducted by the BCCI’s three-member cricket advisory committee, the new coach is likely to be announced in May. The first task for the new coach would be India’s tour of England, which starts in June with the one-off Test in Bristol between June 16-19.

Why switch to a female coach?

The selectors’ argument for recruiting more female support staffers is believed to be to provide more opportunities to former cricketers who have the requisite skill, experience, and, in some cases, coaching credentials.

India Women have now had three men – Arothe (not an international), Powar, and Raman – as their head coach since the axing of Purnima Rau in April 2017. There have been good results too. Besides the T20 World Cup final last year under Raman, Arothe was the coach when India finished runners-up at the 2017 50-over World Cup, and the team made the semi-final of a T20 World Cup for the first time in eight years in the 2018 edition, when Powar was interim head coach.

“I decided to apply because the 50-over World Cup begins in ten months’ time, and that remains an unfinished business as we lost the cup by a whisker in 2017,” Arothe told ESPNcricinfo. “My desire to improve the team’s fitness during my time as head coach wasn’t met favourably by some of the girls, but I they think they may have started to appreciate the need for fitness as an important ingredient for success at the highest level.

“They are a skilled bunch, so I would be happy to work with them again with all the major tournaments in 2022 and 2023 in focus.”

Of the former women cricketers who have applied for the job, Kala was the chief of the previous selection committee, while Maben has formerly coached the Bangladesh and Chinese women’s national teams and, more recently, held coaching positions in the Women’s T20 Challenge along with Suman. Al Khadeer has coached several women’s state sides and Jaya has been part of the women’s selection panel of the Delhi state body.