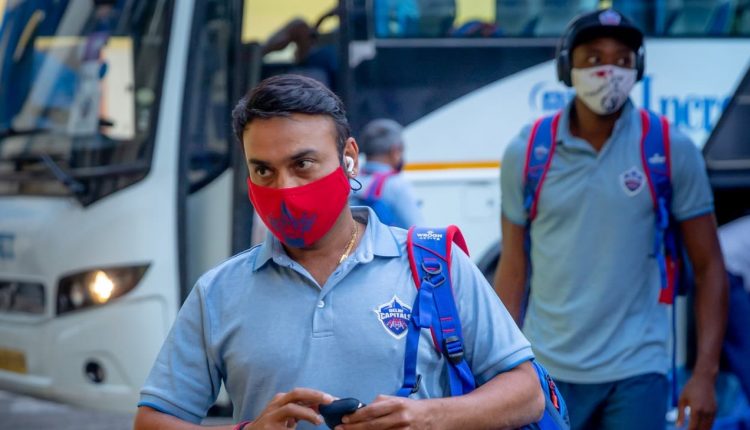 He tested positive on two consecutive tests, and has been moved to a designated medical care facility

Delhi Capitals’ Amit Mishra has become the fourth cricketer to be confirmed as Covid positive since Monday, and takes the overall tally to seven known cases in the now-postponed IPL 2021. Mishra tested positive in two consecutive tests, conducted on Monday and Tuesday, and is the only player from the franchise who is currently positive.

“He has been moved to a designated medical care facility, as per BCCI & IPL guidelines. The Delhi Capitals medical team is in constant touch with Mishra, and ensuring his safety and well-being. We wish him a speedy recovery,” said a media statement by the franchise.

After Varun Chakravarthy and Sandeep Warrier, both Kolkata Knight Riders players, were said to have tested positive on Monday, all Delhi Capitals players had been asked to isolate themselves in their hotel in Ahmedabad. The Capitals were the last team to play the Knight Riders in the tournament. Their routine test, scheduled for Tuesday, was advanced by a day after news of the bubble breach, and a subsequent test was also conducted on Tuesday.

Mishra is the second Capitals player this season to test positive, with Axar Patel missing out most of the early stages because he had been infected and been outside the bubble. Mishra played four matches this season, the last one being a week ago against Royal Challengers Bangalore, during both teams’ first match in the Ahmedabad leg of the tournament.

The fallout from the Covid-19 cases has escalated since it emerged on Monday that there were active cases inside the KKR bubble, as well as that of CSK’s, where bowling coach L Balaji and a bus cleaner tested positive for the virus. On Tuesday, Sunrisers Hyderabad’s Wriddhiman Saha was said to be positive as well. The tournament stand’s postponed for the moment. There is no official word yet on when or whether the remainder of the tournament will be staged, though BCCI vice-president Rajiv Shukla was emphatic it “will happen” and a decision would be taken when the pandemic situation improved.

In a statement, the IPL said the decision to postpone was “unanimously” taken by the tournament’s Governing Council and the BCCI. The statement also said the BCCI would do “do everything in its powers to arrange for the secure and safe passage of all the participants in IPL 2021”.