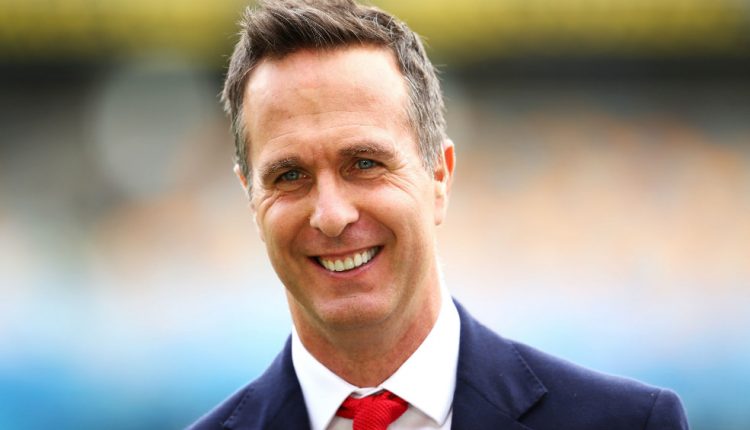 Chennai, April 18: Former England skipper Michael Vaughan feels Australian all-rounder Glenn Maxwell might end up as the player of the tournament in the ongoing Indian Premier League (IPL) 2021. Maxwell might have a bad season last year in the 13th edition of the IPL but the Royal Challengers Banglore (RCB) batsman has been in sensational form.

In Chennai, where most of the batsmen have struggled to get going, Maxwell has come out firing on all cylinders. In the ongoing match against Kolkata Knight Riders (KKR), Varun Chakravarthy had put RCB on the back foot with two wickets in the second over but Maxwell fired a sensational half-century to put the Virat Kohli-led side on top.

“Love watching @Gmaxi_32Bat. He might just end up being the player of the tournament .. slightly under the radar in the same team as @imVkohli& @ABdeVilliers17!!! @RCBTweets looking the strongest I have seen them … #IPL2021,” Vaughan tweeted. RCB vs KKR Live Score Updates of VIVO IPL 2021.

Love watching @Gmaxi_32 Bat .. He might just end up being the player of the tournament .. slightly under the radar in the same team as @imVkohli & @ABdeVilliers17 !!! @RCBTweets looking the strongest I have seen them … #IPL2021 @cricbuzz

Kohli and Rajat Patidar both went for a single-digit score but the Australian all-rounder made sure RCB were right on track after the early blows. Maxwell is also the leading run-scorer in the ongoing tournament and has been a standout performer for RCB in this year’s IPL.

Earlier, RCB won the toss and opted to bat against KKR here at the MA Chidambaram Stadium. RCB made one change to their lineup as the side brought in Rajat in place of Daniel Christian. On the other hand, KKR did not make any change to their playing XI from the last game. RCB has won both its opening two games this season while KKR have managed to win one game and lose another.

Cars, Bikes To Get Costlier As Third-Party Vehicle Premium Rates Hiked From June 1