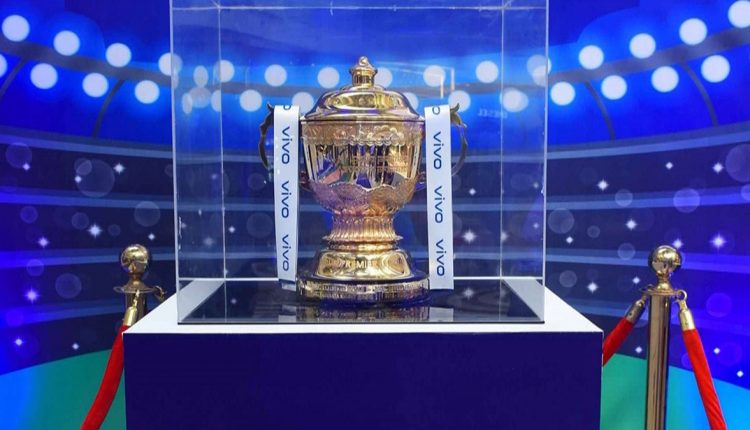 IPL 2021 has been suspended for this season owing to the growing number of COVID-19 positive cases within the bio-bubble, the organisers confirmed. Four players and three other non-playing members tested positive for COVID-19 in the last two days, leading to the suspension of the tournament for this season. “The Indian Premier League Governing Council (IPL GC) and Board of Control for Cricket in India (BCCI) in an emergency meeting has unanimously decided to postpone IPL 2021 season, with immediate effect,” a release from the organisers said. At the time of the suspension, Delhi Capitals led the points table with 12 points while Sunrisers Hyderabad were at the bottom. Take a look at the latest updated IPL 2021 points table. IPL 2021 Suspended Owing to Increase in Covid-19 Cases Within the Bio-Bubble.

“The BCCI does not want to compromise on the safety of the players, support staff and the other participants involved in organising the IPL. This decision was taken keeping the safety, health and wellbeing of all the stakeholders in mind,” the press release added. “These are difficult times, especially in India and while we have tried to bring in some positivity and cheer, however, it is imperative that the tournament is now suspended and everyone goes back to their families and loved ones in these trying times.” IPL 2021 Suspended: Disappointed Fans React With Sad Memes and Funny Tweets After BCCI Vice-President Rajeev Shukla Confirms Indian Premier League 14 Suspended for This Season.

While it was too early to determine the exact favourite to win the IPL 2021 title, Delhi Capitals, Royal Challengers Bangalore and Chennai Super Kings looked to in-form teams. Defending champions Mumbai Indians struggled for consistency but had chased down 218 against CSK in their final game before the postponement of the tournament. Punjab Kings, Rajasthan Royals, Kolkata Knight Riders and Sunrisers Hyderabad had still not found the right playing XI to challenge for the top-four spots. Take a look at the final IPL 2021 table standings before the suspension of the tournament.

Punjab Kings vs Delhi Capitals match, where DC chased down 167 in 17.3 overs with seven wickets in hand, was the last game played in IPL 2021. KKR vs RCB, which was scheduled to be played on May 3 (Monday) was postponed after two KKR players, Varun Chakravarthy and Sandeep Warrier, tested positive for COVID-19. The tournament was then suspended a day later.

(The above story first appeared on Scoop Buddy on May 04, 2021 03:37 PM IST. For more news and updates on politics, world, sports, entertainment and lifestyle, log on to our website scoopbuddy.com).