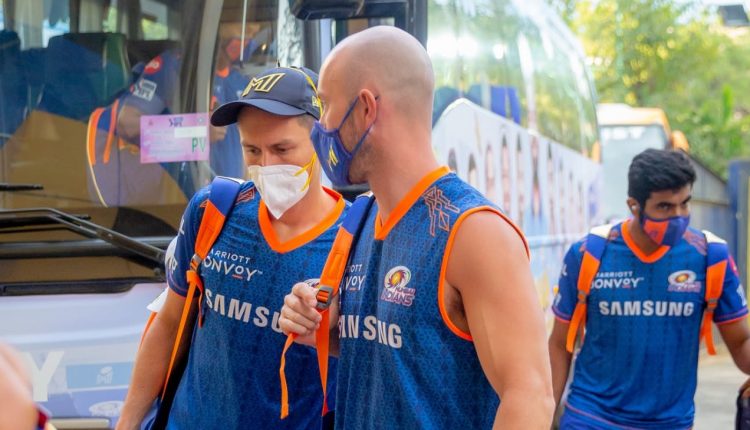 A day after IPL 2021 had to be postponed because of the Covid-19 situation, all eight franchises have started to disband, with their players and support staff trying to find a way back home quickly.

Most of the players from England have reached the UK. The Australians, the biggest overseas contingent in the IPL with close to 40 members, are hoping to board charter planes soon from Maldives or Sri Lanka. The New Zealanders will split into two groups, one heading home and the other to England. Some Indian players, and others, have already reached home, while the others have their bags packed.

What is unclear is the protocol around people from franchises that have recorded positive Covid-19 cases to fly out when, in theory, they could have come in contact with the people who have tested positive.

All the affected teams – based in Ahmedabad and Delhi – went into weeklong isolations following the positive tests. Once the tournament was officially postponed, however, the franchises started to disengage from their bubbles while moving the affected individuals into isolation zones (hotel room/medical facilities). It is understood that franchises got the IPL’s nod for allowing players to leave the bubble once their tests had come out negative.

Below is a look at the status of some of the overseas contingents, and their travel plans…

Australia
Cricket Australia is working with the BCCI to have the Australians who are still at the IPL – including players, coaches and commentators – flown to an interim destination. Maldives, as reported by ESPNcricinfo yesterday, is the likeliest stop, although Sri Lanka remains an option. In Australia’s case, the main issue is that the country has closed its borders for those travelling in from India.

Nick Hockley, the CA interim chief executive, said that the departure process could start in the next two or three days although that could change depending on possible isolation periods that need to be served. The BCCI has said it will arrange the flights to Maldives or Sri Lanka, and then the charter back to Australia.

“I was on the phone to my counterpart less than an hour ago and I can’t speak more highly for how the BCCI but also all of the franchises have worked to look after our players and put in plans to make sure that they get home safely and as quickly as possible,” Hockley said.

Currently, the border closure to those who have been to India runs until May 15, and once they are allowed back, they will need to go through 14-days quarantine.

Hockley stressed that Cricket Australia would not be looking for favours, keeping in mind the circumstances. “We’re not seeking any kind of special exemptions whatsoever,” he said. “Any kind of quarantine arrangements would be over and above the cap. So our priority is we would work with the Australian government and the relevant state governments to make sure that we’re not taking spaces of anyone else.”

According to the ECB, the trio of Eoin Morgan, Chris Jordan and Dawid Malan are expected to leave India within the next 48 hours.

New Zealand
The visitors from New Zealand – 17 members including players and coaches – will be split into two groups. One of these will go to the UK to participate in the England Test series followed by the World Test Championship final against India, both scheduled for June, along with a few who are participating in the T20 Blast. The other group will leave for New Zealand.

According to Heath Mills, head of the New Zealand Cricket Players’ Association, those heading for England are likely to remain in India till May 10, when UK will revise the travel restrictions for incoming travellers from India. “Due to the UK border restrictions, that group cannot get into England until May 11. It is obviously challenging for them to wait for another few days,” Mills told ESPNcricinfo.

The UK-bound group includes Kane Williamson, Trent Boult, Kyle Jamieson, Mitchell Santner, Chris Donaldson (trainer) and Tommy Simsek (physio), along with Lockie Ferguson, Jimmy Neesham and Finn Allen – the last three will feature in the T20 Blast starting June 9). Williamson will also be a part of The Hundred, to be played from July 21.

According to Mills, a few franchises are contemplating organising a charter flight for the group heading back home. “The group going home to New Zealand is a real challenge. Might be one or two of the franchises might put them on a charter plane, which will be fantastic,” he said. “We’ll have that confirmed in the next 24 hours.

“But there still might be players who aren’t part of those groups and trying to get them back via commercial airlines is a real challenge because there aren’t too many flights out of India.”