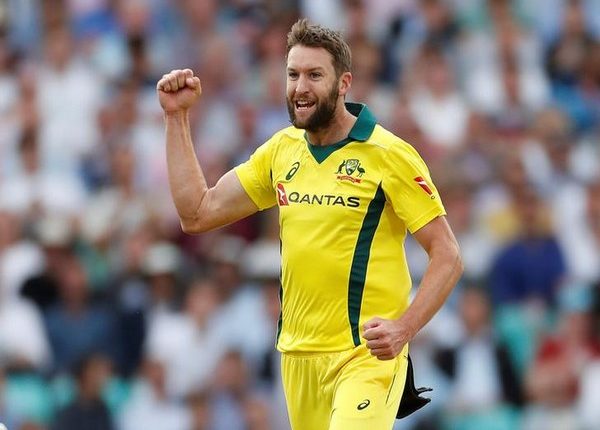 IPL 2021: Rajasthan Royals Pacer Andrew Tye Expresses Surprise Over Companies Spending So Much on Indian Premier League at Such a Time

Perth, April 26: Rajasthan Royals’ Australia pace bowler Andrew Tye, who left his franchise and departed for Australia on Sunday, expressed surprise over companies owning Indian Premier League (IPL) franchises spending so much when the Indian public is struggling for basic medical amenities. “From a player safety point of view, we’re safe now but is it going to stay safe?” he was quoted as saying by cricket.com.au upon arrival in his country.

“But looking at it from an Indian point of view, how are these companies and franchises spending so much money, and the government, on the IPL when there’s people not being able to get accepted into hospital?” The right-arm pace bowler said sport should continue if it relieves stress but he also said that everyone doesn’t share this view. IPL 2021: Rajasthan Royals Pacer Andrew Tye Returns to Australia Due to Personal Reasons.

“If sport can continue and be one of those avenues to relieve stress or give a glimmer of hope that the world is OK and there is light at the end of the tunnel, I think it should go ahead,” he added. “But I know that’s not everyone’s feelings and I completely respect everyone’s views from all angles.”

Tye, who returned to Australia via Doha, after pulling out of IPL citing ‘personal reasons; confirmed that he returned to ensure that he doesn’t get locked out of Australia which is imposing travel restrictions on people returning from India.

“I just thought I should try and get on the front foot and get home before I got locked out of the country,” said Tye, who got married this month, shortly before he left for India. “I think I’ve had 11 days at home and out of the bubble since August. I just wanted to get home. Dealing with the stress of bubble life has taken its toll.”

(The above story first appeared on Scoop Buddy on Apr 26, 2021 09:06 PM IST. For more news and updates on politics, world, sports, entertainment and lifestyle, log on to our website scoopbuddy.com).

Nushrratt Bharuccha: Ajeeb Daastaans’ Segment ‘Khilauna’ Is a Special and Satisfying Journey for Me (View Post)