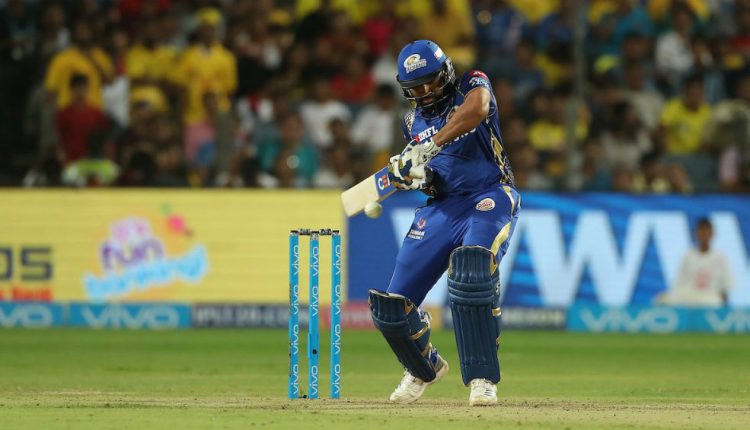 Chennai, April 21: Mumbai Indians (MI) captain Rohit Sharma has been fined Rs 12 lakh after his team maintained a slow over rate during their Indian Premier League (IPL) match against Delhi Capitals (DC) at the MA Chidambaram Stadium, the organisers said in a statement.

The IPL said that the fine has been imposed as it was MI’s first offence of the season.

“As it was his team’s first offence of the season under the IPL’s Code of Conduct relating to minimum over rate offences, Mr Sharma was fined Rs 12 lakh,” it said. DC vs MI IPL 2021 Stat Highlights: Amit Mishra’s Four Wickets Help Delhi Capitals Beat Mumbai Indians by Six Wickets.

MI fell to their second defeat in four matches on Tuesday, losing to DC by six wickets. Veteran spinner Amit Mishra’s four-wicket haul helped DC restrict the mighty MI batting lineup to a score of 137/9. DC then took their time in chasing down the target, eventually scoring 138/4 with five balls to spare.

(The above story first appeared on Scoop Buddy on Apr 21, 2021 01:19 PM IST. For more news and updates on politics, world, sports, entertainment and lifestyle, log on to our website scoopbuddy.com).