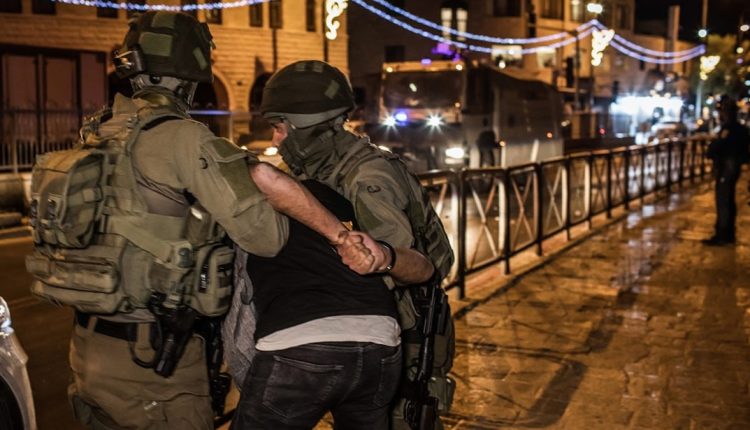 United Nations, May 12: Amid escalating tensions between Israel and Palestinian militants, India has expressed deep concern at clashes and violence in Jerusalem’s Temple Mount as well as over evictions in Sheikh Jarrah and Silwan neighbourhoods and called on both sides to avoid changing the status-quo on the ground.

India’s Permanent Representative to the UN Ambassador T S Tirumurti tweeted that in the UN Security Council meeting on Tuesday on the escalation in East Jerusalem, he said that India is “deeply concerned at clashes & violence in Haram Al Sharif/Temple Mount” and “equally concerned about evictions in Sheikh Jarrah & Silwan neighbourhoods.”

He said India calls on both sides to avoid changing the status-quo on the ground. He added that the old city also houses Al Zawiyya Al Hindiyya – The Indian Hospice. India also condemned rocket fire from Gaza, Tirumurti tweeted. US Expresses ‘Serious’ Concern Over Israel-Palestine Conflict, Calls for De-Escalation.

India also and urged restraint of all parties and to adhere to Security Council resolution 2334, which reaffirms that “the establishment by Israel of settlements in the Palestinian territory occupied since 1967, including East Jerusalem, has no legal validity and constitutes a flagrant violation under international law and a major obstacle to the achievement of the two-State solution and a just, lasting and comprehensive peace.”

The resolution also “reiterates its demand that Israel immediately and completely cease all settlement activities in the occupied Palestinian territory, including East Jerusalem, and that it fully respect all of its legal obligations in this regard.”

Tirumurti stressed the need to immediately resume direct peace talks and commitment to a two-state solution. UN Secretary-General Antonio Guterres also expressed grave concern “by the serious escalations in the Occupied Palestinian Territory and Israel, including the latest escalation in Gaza, which add to the heightened tensions and violence in occupied East Jerusalem.”

He said he is deeply saddened to learn of the increasingly large numbers of casualties, including children, from Israeli airstrikes in Gaza, and of Israeli fatalities from rockets launched from Gaza.

“The Secretary-General’s thoughts are with the families of the victims. Israeli security forces must exercise maximum restraint and calibrate their use of force. The indiscriminate launching of rockets and mortars towards Israeli population centres is unacceptable,” a statement issued by his spokesperson said. Indian Woman in Israel Killed in Rocket Attack by Palestinian Militants from Gaza.

“This spiralling escalation must cease immediately. The United Nations is working with all relevant parties to de-escalate the situation urgently.” A 30-year-old Indian woman in Israel, Soumya Santosh, has been killed in a rocket attack by Palestinian militants from Gaza, according to officials.

Santosh, who hailed from Kerala’s Idukki district, worked as a caregiver attending to an old woman at a house in the southern Israeli coastal city of Ashkelon. Ashkelon, which borders the Gaza Strip, has come under a massive fire from the Palestinian militants.

At least 31 persons were killed in spiralling violence till 9 p.m. (local time) on Tuesday as Gaza-based militants fired hundreds of rockets on Israel since Monday evening. Israel has carried out hundreds of airstrikes at Hamas and Islamic Jihad targets in the coastal strip.

The Indian woman was said to be living in Israel for the last seven years. She has a nine-year-old son whom she had left with her husband in Kerala.

“On behalf of the state of Israel, I convey heartfelt condolences to the family of Ms Soumya Santosh, murdered by Hamas indiscriminate terror attack on innocent lives. Our hearts are crying with her 9 years old son that lost his mother in this cruel Terrorist attack,” he said in a tweet.

Irfan Pathan Offers Condolences to RP Singh on his Father’s Death, Sends Prayers to the Family