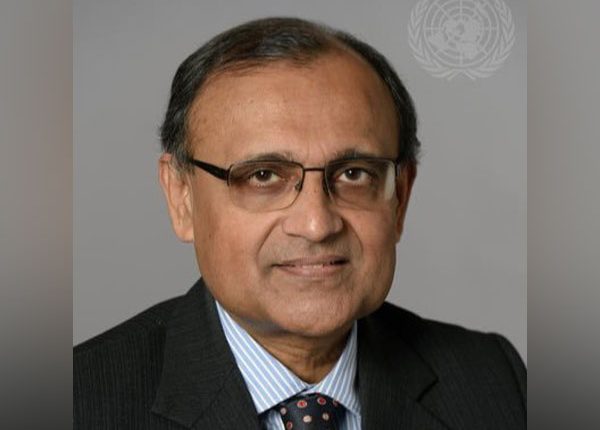 New York, May 16: Ambassador of India to the UN TS Tirumurti on Sunday (local time) expressed concern at the spread of violence to the West Bank and Gaza and urged both sides (Israel and Palestine) to show extreme restraint.

“We expressed our apprehension at the spread of violence to other parts of West Bank and Gaza. The continuing violence, which began in East Jerusalem a week back and is now threatening to spiral out of control. The events of the last several days have resulted in a sharp deterioration of the security situation,” said Tirumurti in UNSC open debate on the situation in the Middle East. Israel-Palestine Conflict: Violent Clashes Spread Across West Bank; About 10 Palestinians Killed in Unrest, Hundreds Injured.

“Immediate de-escalation is the need of the hour, so as to arrest any further slide towards the brink. We urge both sides to show extreme restraint, desist from actions that exacerbate tensions, and refrain from attempts to unilaterally change the existing status-quo, including in East Jerusalem and its neighbourhood,” reiterated Tirumurti.

United Nations Security Council (UNSC) has held two closed meetings on the developments earlier this week. In both these meetings, India had expressed deep concern over violence in Jerusalem, especially on Haram Al Sharif/ Temple Mount during the holy month of Ramzan, and about the possible eviction process in Sheikh Jarrah and Silwan neighbourhood in East Jerusalem, an area which is part of an arrangement facilitated by the UN.

The indiscriminate rocket firings from Gaza targeting the civilian population in Israel, and the retaliatory strikes into Gaza have caused immense suffering and resulted in deaths. India has also lost one of her nationals living in Israel in this rocket fire – a caregiver in Ashkelon.

The 30-year-old Indian woman, Soumya Santhosh hailing from Idukki in Kerala, was killed in rocket attack by a Palestinian Islamist group on Tuesday. “We deeply mourn her demise along with all other civilians who have lost their lives in the current cycle of violence. We reiterate our strong condemnation of all acts of violence, provocation, incitement and destruction,” said the Indian envoy.

Jerusalem has a special place in hearts of millions of Indians, who visit the city every year. It also houses the Al Zawiyya Al Hindiyya, the Indian Hospice, which is a historic place associated with a great Indian Sufi saint Baba Farid and located inside the Old City. India has restored this Indian Hospice. “The historic status-quo at the holy places of Jerusalem, including the Haram al-Sharif/Temple Mount, must be respected,” said Tirumurti.

The Indian envoy supported resumption of dialogue between Israel and Palestinian authorities. “The absence of direct and meaningful negotiations between the parties is widening the trust deficit between the parties. This will only increase the chances for similar escalation in future. We believe that every effort should be made to create conducive conditions for resumption of talks between Israel and Palestine.”

Tirumurti reiterated India’s strong support to the just Palestinian cause and its unwavering commitment to the two-State solution at the UNSC. Two state solution refers to the solution for resolution of Israel-Palestine conflict that aims to form an independent state of Palestine (with Arab majority) along with the existing Israeli state (with Jewish majority).

The situation on the border between Israel and the Palestinian Gaza Strip has been deteriorating for the last week. Earlier this month, the escalation of the Israeli-Palestinian conflict started when the unrest began in East Jerusalem over an Israeli court’s decision to evict several Palestinian families from the area.

Pankit Thakker Says Despite Separation, Wife Prachi and He Try to Handle Things Like a Family