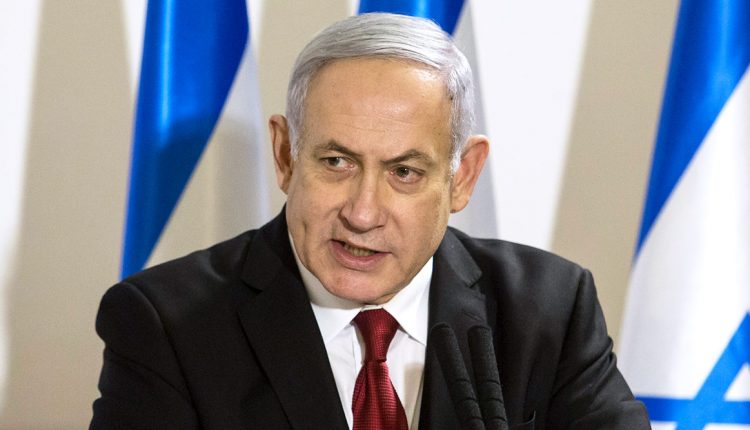 President Rivlin’s announcement on live television gave opposition a chance to end lengthy rule of Prime Minister Netanyahu, who is at the helm of politics since 2009 – becoming Israel’s longest-serving premier. Lapid, 57, now has four weeks to build a coalition.

At his request, the rest of the party leaders submitted their recommendations for the second mandate. Lapid received recommendations from 56 lawmakers and Bennett from only his party’s seven, the Jerusalem Post reported. Global Task Force of CEOs of 40 US Companies Launch Immediate COVID-19 Aid to India.

Netanyahu, 71, who is facing trial on a series of graft charges, was tasked by President Rivlin to put together a government on April 6 following inconclusive polls, the fourth in the last two years. The mandate given by Rivlin to Netanyahu to form a government expired on Tuesday at midnight with no breakthrough in coalition talks.

His Likud party emerged as the single largest party in the 120- member Parliament but did not have the necessary 61-member support to form a government. Likud had won 30 seats in the general election in March.

While tasking Netanyahu with the responsibility of forming the government, Rivlin had said that he was doing so reluctantly and also mentioned his “moral dilemma” given the court proceedings and lack of enough support for the Likud leader. Netanyahu has denied any wrongdoing.

President Rivlin’s spokesman in a statement said: “Shortly before midnight, Netanyahu informed the President’s Residence that he was unable to form a government and so returned the mandate to the president.”

Rivlin on Wednesday contacted the parties represented in the Knesset (Israel’s unicameral parliament) on the continuation of the process of forming a government. The President met with Lapid and Bennett. Both reiterated their desire to be given the mandate to form the next government, press releases from the Presidency said.

The Blue and White party, headed by Defence Minister Benny Gantz had recommended that Lapid be granted the Presidential mandate to form a government, a spokesperson for the party said. Rivlin gave Netanyahu the first chance to form a coalition after 52 members of parliament endorsed him as Prime Minister last month, compared to 45 for Lapid and a mere seven for Bennett.

Netanyahu failed to persuade Bennett to join him in a power-sharing agreement that would have seen the pair take turns as prime minister. Bennett had dismissed the offer, saying that even with his support Netanyahu could not muster a majority.

Likud blamed Bennett for foiling Netanyahu’s chances by refusing to commit to a right-wing government, “which would certainly have led to the formation of a government joined by additional members of parliament.”

Though the right-wing bloc in the Israeli political spectrum has repeatedly garnered the majority seats in all the four elections, a lot of determined “friends turned foes” of Netanyahu have prevented a majority for him in the 120-member house. G7 Summit 2021: India’s Delegation Self-Isolating After Two Members Test COVID-19 Positive, EAM S Jaishankar Says Will Attend Meetings Virtually.

Netanyahu is Israel’s longest-serving leader, having led five governments since 1996. The last, which saw him share power with the then-main Opposition party to help tackle the coronavirus pandemic, collapsed in December, triggering the latest elections. Until any new government is agreed and sworn into office, Netanyahu remains Israel’s Prime Minister.