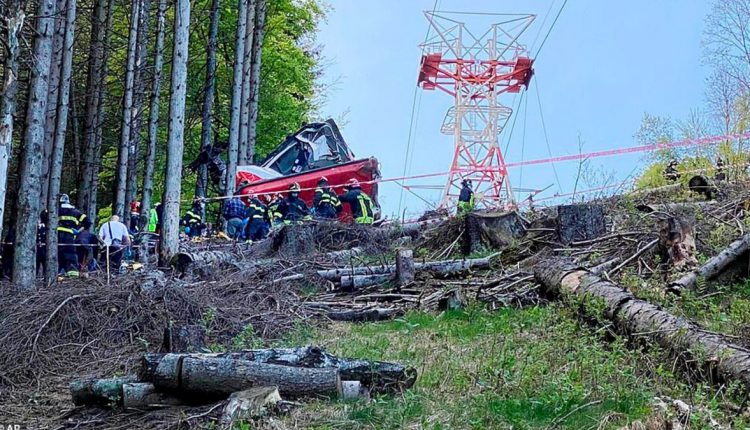 Rome, May 24: Thirteen people were killed and two children have been hospitalised with multiple injuries after a cable car crashed in Italy’s Piedmont region, the country’s National Corps of Alpine and Speleological Rescue (Cnsas) said.

Earlier in the day, Cnsas had tweeted that two children who had survived with injuries were airlifted to hospital in the city of Turin, the capital of Piedmont.

The cable car had been on a 20-minute panoramic trip from the village of Carciano di Stresa on the edge of Lake Maggiore, up to an altitude of 1,491 metres on Mt Mottarone, a scenic area that is popular with tourists and holidaymakers.

“It is with profound sadness that I learned of the tragic incident on the Stresa-Mottarone cable car. I express the sympathies of the entire government to the families of the victims, with special thoughts for the children who have been seriously injured, and their relatives,” Prime Minister Mario Draghi said in a tweet.

The two surviving children were hospitalised in serious condition with multiple fractures and head and chest injuries, Sky TG24 reported.

(The above story first appeared on Scoop Buddy on May 24, 2021 09:35 AM IST. For more news and updates on politics, world, sports, entertainment and lifestyle, log on to our website scoopbuddy.com).