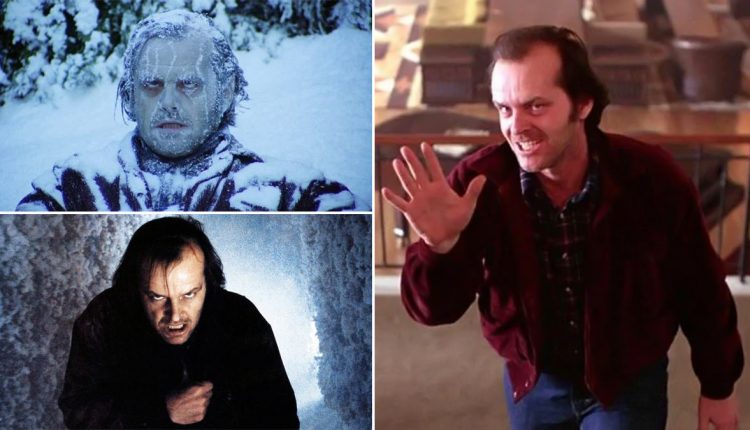 Jack Nicholson Birthday Special: 5 Most Scariest Moments From His Film The Shining

One of Hollywood’s greatest actors – Jack Nicholson is celebrating his 84th birthday today. The octogenarian actor has played a wide range of characters in his 60-year career and is probably the only actor to have played such varied roles in all these years. From love stories that will melt your heart to villains that strike fear till eternity, Jack Nicholson has been a central figure in all. Nicholson’s 12 Academy Award nomination bears testimony to the fact that he is one of the greatest actors of his time. Jack Nicholson Quotes: Celebrate American Actor’s 83rd Birthday With His Most Memorable Quotes on Acting, Life and Success.

Some of Jack Nicholson’s masterpieces include the Five Easy Pieces, One Flew Over the Cuckoo’s Nest, Carnal Knowledge, The Last Detail, Terms of Endearment, The Shining, The Departed and many more. A two-time Academy Award winner in the best actor category and once in the best-supporting actor group. This makes him one of the only three actors to have bagged the coveted prize thrice and the only one to be nominated in each of the decades starting 1960s and ending 2000. Joker: Joaquin Phoenix to Jack Nicholson, All The Actors Who Played Joker in Batman Films.

Amongst the many roles that Jack played, the one that still remains iconic is his role of a maniac in The Shining. Watching that film still gives us goosebumps and the credit goes to none other than the actor who essayed the role of Jack Torrence in the film. Today as he is celebrating his birthday, we take look at the scariest scenes from the film.

There’s really only one murder in the story’s course of events, but it is quite a bit shocking for us to watch. After going fully crazy, Torrance leaps out in the lobby to murder poor Dick Hallorann. The whole scene is epic because Dick travels all the distance to keep himself safe but gets killed eventually.

Another epic scene in the movie is how Jack dies. Unlike other films, in The Shining, the madman gets a rather funny but tragic ending. After chasing his son Danny into the snow, he loses his in a blinding fit of rage. Danny escapes with his mother while an increasingly fatigued Jack is forced to stay outside in the snow. His body freezes and his corpse is found sitting motionless the following morning.

“All Work And No Play Makes Jack A Dull Boy” Scene

We do not even need to explain this scene to anyone who has watched the film. This is the most horrifying moment when Jack’s wife, Wendy Torrance realizes that her husband has lost his mind. She goes into his room and checks what he has been writing all this while. Flicking through the pages for the book that she had assumed Jack had been writing, she finds that he has been typing the exact same phrase over and over again, for all these days.

In this scene. Jack is explaining to Wendy what a horrible nightmare he saw. He tells her that he saw that he murdered Wendy and Danny, and chopped them up into tiny pieces in his dreams. In the end of the movie, this is exactly what he tries to do to them.

Upon learning that Jack has hurt her kid Danny, Wendy grabs a baseball bat and starts swinging it at Jack in order to protect herself and her kid. Jack follows her up the stairs and delivers the scariest monologue. “Wendy. Darling. Light of my life. I’m not gonna hurt you. You didn’t let me finish my sentence. I said I’m not gonna hurt you. I’m just gonna bash your brains in. I’m gonna bash ‘em right the f*** in,” he says. Wendy knocks him out of his senses with the bat and runs away.

Re-visiting these scenes still gives us the goosebumps, and it was Jack Nicholson’s stellar acting that creates this effect. Join us in wishing the actor a very happy birthday.

(The above story first appeared on Scoop Buddy on Apr 22, 2021 10:26 AM IST. For more news and updates on politics, world, sports, entertainment and lifestyle, log on to our website scoopbuddy.com).

National Tea Day 2021: What Is the Proper Way to Brew Tea at the Right Temperature? Watch Tutorial Video