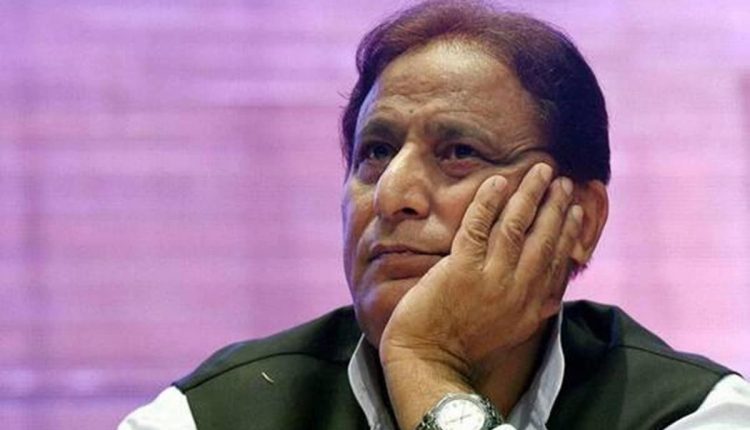 Samajwadi Party MP from Rampur, Mohammad Azam Khan, who is lodged in Sitapur jail for over a year now, has tested positive for Covid-19. The jail administration had conducted his Covid test two days ago. Besides Khan, 12 other inmates at the jail have also tested positive for the virus.

Khan, along with his wife Tazeen Fatima and son Abdullah Azam, has been lodged in jail since February 26, 2020, after they surrendered at Rampur court. Khan’s wife, however, had secured bail a few days back, but his son and he are still in jail.

In 2019, a case was filed against them for making fake PAN card and passport by manipulating the documents. Despite repeated calls, Khan did not appear at the court for the case. Therefore, the court issued a non-bailable warrant against him, after which the three surrendered and were sent to Rampur district jail. On February 27 last year, the trio were shifted to Sitapur jail. In December 2020, Khan’s wife was granted bail.

Meanwhile, Uttar Pradesh on Friday reported 34,626 new cases in the last 24 hours while 32,494 people were discharged from hospitals. At the same time, 2.44 lakh corona tests were done in a day, out of which 1.8 lakh were RTPCR tests.

In view of the rising coronavirus infection, the state government announced to extend the weekend lockdown by one more day, following which there will be a lockdown from Friday 8 pm to Tuesday 7 am across the state.

The weekend lockdown resulted a decrease in fresh Covid-19 cases, therefore, the government imposed a three-day lockdown in the entire state. During this time, all necessary services would continue and those who venture out needlessly would be dealt with strictly.