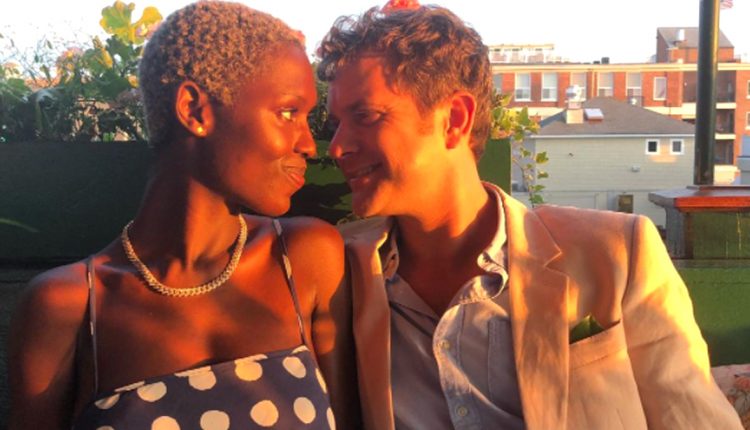 Actress Jodie Turner-Smith says she and her actor husband Joshua Jackson “high five all the time” over their marriage. “I think it’s really beautiful to be with someone who is so supportive and so loving. We’re so similar in so many ways. We’re like mirrors for each other. And I just really love that human being,” Turner-Smith told People magazine, reports femalefirst.co.uk. The Witcher- Blood Origin: Jodie Turner-Smith Exits Netflix’s Prequel Series Due to Scheduling Issues.

“We high five each other all the time about how great we chose. We’re like, ‘You did a great job choosing,’ and then we’re like, ‘Yeah, you too’,” said the actress, who is known for her work in The Last Ship, Nightflyers and Queen & Slim. Turner-Smith is thankful that she chose to marry someone from the film industry. Riz Ahmed’s Sound Of Metal and Jamie Foxx’s Soul Win Big at Cinema Audio Society Awards 2021.

“He has a wealth of experience to offer and advice to offer that’s based on experience. And I love that. I just love picking his brain about things. I’m somebody who’s just beginning. So that energy of someone who’s just beginning, that excitement, that just everything and anything is possible, I think that I really inspire him with that,” she said. Turner-Smith and Jackson got married in 2019. The two had a daughter in 2020.

(The above story first appeared on Scoop Buddy on Apr 19, 2021 10:31 PM IST. For more news and updates on politics, world, sports, entertainment and lifestyle, log on to our website scoopbuddy.com).