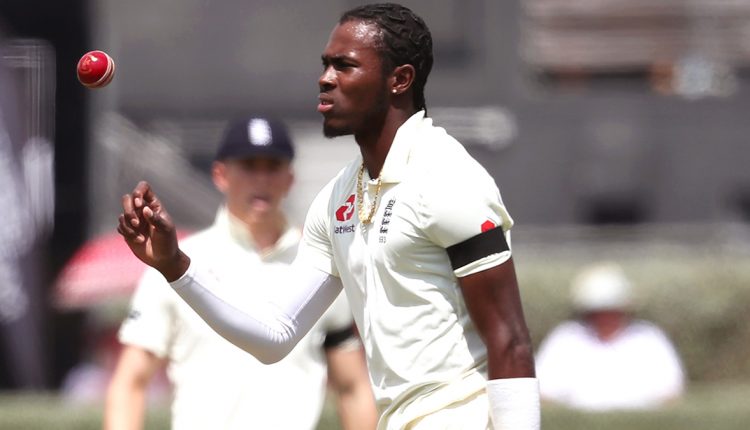 England fast bowler Jofra Archer has been ruled out of the upcoming home Test series against New Zealand. The England & Wales Cricket Board (ECB) confirmed that Archer complained of pain in his right elbow during Sussex’s county match against Kent. Archer was already nursing the hand and elbow injuries which kept him out of the Indian Premier League 2021 (IPL 2021) as well. ENG vs NZ Series 2021: England IPL Players Likely to Miss Test Series Against New Zealand.

“The England and Sussex medical teams will now seek guidance, and Archer will see a medical consultant later this week to determine the next course of action on the management of his elbow,” said the ECB media release.

England take on New Zealand in the two-match Test series starting from June 02 at Lord’s Cricket Ground in London. The second Test takes place from June 10 onwards at Birmingham. England will announce the squad for Test series next week. It will be interesting to see who replaces the injured pacer.

(The above story first appeared on Scoop Buddy on May 16, 2021 11:57 PM IST. For more news and updates on politics, world, sports, entertainment and lifestyle, log on to our website scoopbuddy.com).

More than 1,600 to lose jobs at Stellantis Illinois factory due to chip shortage