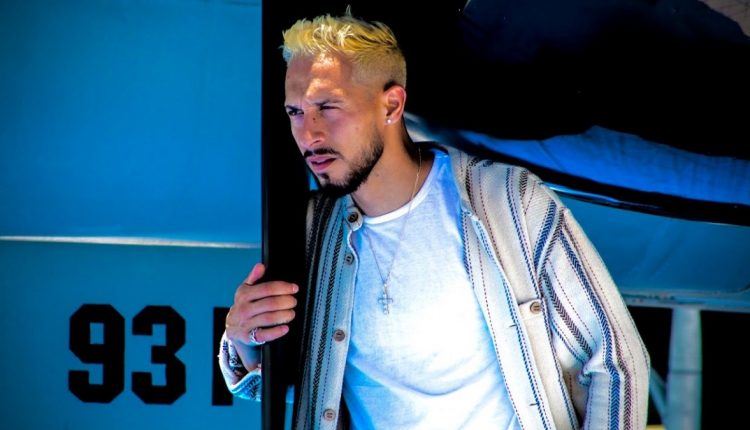 Jpopd1: Feisty on a Daily Basis

Jpopd1 is such an inspiring and highly intellectual artist.

“FEISTY” is the latest release coming out of the Leap Over Demons Camp, Jpopd1’s very own record label & publishing company. “FEISTY” was released on March 17, 2021 to the world via all major streaming platforms.

He loves to describe his music as unique, in the sense that it is a new fusion from a Miami artist like himself. The lyrics and beats will keep you grooving and nodding your head way passed the end of the song. This is a hit record that will keep you at the edge of your seat and one you definitely don’t want to miss.

History will surely be made by this artist, work ethic, consistency and dedication are only a few of the traits that will skyrocket Jpopd1 into stardom and worldwide recognition. Not to mention a pretty penny along the way!

“FEISTY” is inspired by true stories that happened in the artist’s life, it’s a wonderfully made and relatable record that everyone will surely vibe to. This is where great musicians and producers like Jpopd1 can step in and express themselves and help others express themselves best.

We are all created differently! what you may see one way some may necessarily not, with that said; he intends to bridge the gaps with his music.

This hot release will give you a feeling like you’re not actually on this planet. It is the type of record that sucks you right in and refuses to let you go. The quality of the recording is noticeable, too, with every beat and lyric sounding professional, both in vision and style, highlighting Jpopd1 ability to wear many hats such as: producer, audio engineer, mixing engineer, mastering engineer , songwriter, recording engineer, publisher, a&r, and so much more.

To say the least, Jpopd1 and Tre Mitus have taken music fans to some unfathomably deep and extraordinary places, raising the duo’s reputation as one of the most exploratory and experimental imprints in the hip hop music game with every release that they put out.  A multi-tendrilled hive mind that has potential to take music lovers even deeper into the unknown, Jpopd1 and the team at Leap Over Demons make their statement clear across this breathtaking new project.

Jpopd1 originality and previous releases have significantly helped him amass a loyal and supportive fan base online. He has built an international following by paving his own path with his distinct artistry and distinguished approach. Whatever an individual’s music taste is, everyone can find at least a song on Jpopd1 impressive catalog they can relate to lyrically or appreciate musically, as well as the story filled content. Everything about this amazing project makes it a must-checkout.

With an outstanding talent, Jpopd1’s credibility is based on his ability to be genuine. Throughout the course of his musical career, he has won over the hearts of music lovers from all walks of life; performing at a variety of venues, making loads of public appearances, all the while recording new inspiring music and projects. Jpopd1 hip hop style is notable for a lyrical depth and narrative that’s refreshingly substantive for his style of music.

As Jpopd1 continues his life journey to create a stunning selection of wonderful songs with powerful beats, stay tuned for the next chapter of his musical story. Music fans can expect a lot more from him in the near future.

John Veiga, otherwise known by his stage name Jpopd1 has been a professional recording artist since 2007. His first notable release was with a group called “nightlyfe” and the song was called “love in Miami” released by Dem Broz Music Group in 2016. John Veiga (jpopd1) then went off to pursue a solo career, and he has been doing so well ever since with over 100 titles released in his catalog and a grammy nomination to his name. His latest release “FEISTY” is a new sound and new wave that his supporters are sure to relate to and love along with the opening of his new company Leap Over Demons Publishing LLC which “Feisty” is being released under.