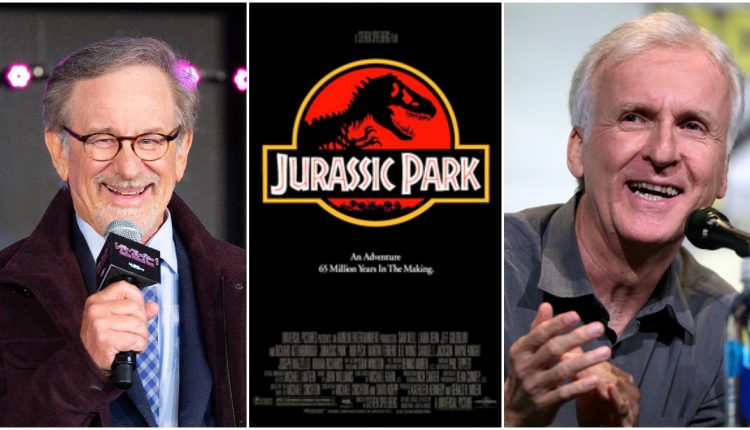 In 1993, Steven Spielberg changed cinema with the release of Jurassic Park. He revolutionised special effects with Jurassic Park and set a standard for how VFX could be. He mixed animatronics with CGI and made the dinosaurs look life-like and larger than life. The film follows a group of scientists that get invited to a park by entrepreneur James Hammond, but everything goes wrong and the dinosaurs are let loose in the park resulting in chaos. It blended horror greatly with some of the action and showed an amazing representation of the dinosaurs on screen. Jurassic World: Dominion’s First Posters Are an Ode to Its Origins and ‘Feathers’!

Spielberg would later follow up Jurassic Park with The Lost World: Jurassic Park and then produced Jurassic Park 3 while he handed over the directorial duties to Joe Johnston. He would then go on to executive-produce a reboot of the franchise with Colin Trevorrow at the helm called Jurassic World.

But things would have been different had Titanic and Avatar director James Cameron got the helm of the franchise. Back in 2018, he revealed to the Huffington Post saying how he was going to buy the rights to the Jurassic Park novel, written by the late Michael Crichton, but Spielberg beat him to it by a few hours. He described his take on the film describing it as Aliens but with dinosaurs. He described it as “Nastier, much nastier”. He went on to add that, “But when I saw the film, I realized that I was not the right person to make the film, he (Spielberg) was. Because he made a dinosaur movie for kids, and mine would have been ‘Aliens’ with dinosaurs, and that wouldn’t have been fair.”

James continued by saying “Dinosaurs are for 8-year-olds. We can all enjoy it, too, but kids get dinosaurs and they should not have been excluded for that. His sensibility was right for that film, I’d have gone further, nastier, much nastier.” Jurassic World Fallen Kingdom Movie Review: Dinosaurs Rule, Humans Suck As Jurassic Park Franchise Takes a Dark Turn.

It would have been fun to see what James’ vision for Jurassic Park would have been as his unique cinematic flair would have made for a fun romp, but we are still glad with what Spielberg gave us as it made dinosaurs fun to watch on the screens. The next Jurassic adventure Jurassic World: Dominion is slated for release next year and will see Colin Trevorrow back at helm.

(The above story first appeared on Scoop Buddy on Jun 14, 2021 06:16 PM IST. For more news and updates on politics, world, sports, entertainment and lifestyle, log on to our website scoopbuddy.com).