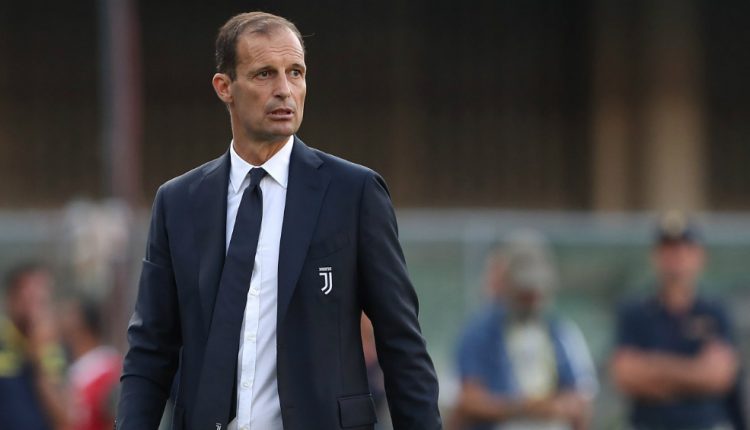 Juventus’ dominance at the top of Italian football is set to end as the Bianconeri look certain to not retain their league crown for the first time in a decade. Winning the Serie A title has become a must at the club in recent times but after a disappointing season, the Juventus hierarchy are looking to shake things up on the bench and are already lining up replacements for Andrea Pirlo with former manager Max Allegri touted as the next arrival. Cristiano Ronaldo Transfer News: Juventus Reportedly Worried About Portuguese Star’s Future at Turin.

Andrea Pirlo took over Juventus at the start of the season but has struggled in his first job as a senior manager of a European giant. The Bianconeri are fighting for Champions League qualification heading into the final stretch of the season along with being eliminated from Europe in a shock defeat to Porto. Juventus Held to 1–1 Draw by Fiorentina in Serie A 2020–21, Keeps the Italian Champions Third in Points Table.

According to Gazzetta dello Sport, Juventus are looking at former manager Massimiliano Allegri to replace Andrea Pirlo at the helm. As per the publication, the 53-year-old is the preferred candidate for the club’s hierarchy given his relations with them if they are to part ways with Pirlo at the end of the season.

Massimiliano Allegri previously managed Juventus from 2014 to 2019, winning countless trophies with them. Under the Italian veteran, the Bianconeri made it to the Champions League final twice, a feat they haven’t able to achieve since his departure.

As per several publications, Max Allegri is looking to make huge changes if he arrived at Juventus with the first being selling star man and leading goal scorer Cristiano Ronaldo and building his team around forgotten Paulo Dybala. Sassuolo’s Manuel Locatelli is rumoured to be one of the targets for the 53-year-old manager.

(The above story first appeared on Scoop Buddy on Apr 30, 2021 08:38 PM IST. For more news and updates on politics, world, sports, entertainment and lifestyle, log on to our website scoopbuddy.com).

Arjun Kapoor Dares To Discuss His Struggle With Obesity And His ‘Fast Food’ Addiction!