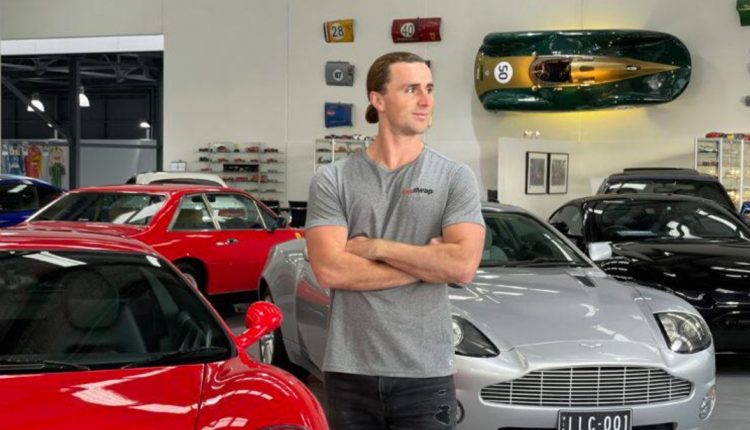 Kane Ellis, Running Two of the Most Successful Startups Side by Side | Managing Time and Making Smart Decisions

Being the founder and CEO of two of the most successful startups, Nerd Herd and CarSwap, in their respective niches, it is not easy, at times, to manage all the errands correspondingly. But Kane Ellis is doing so pretty well! See how he laid the foundations of the two startups and how he is managing his schedule. The article sheds some light on his entrepreneurial journey to let you know what it takes to be a successful philanthropist in the modern world

Kane Ellis, Who is He?

Driving his dream car, Maserati Gran Turismo MC, a serial entrepreneur, philanthropist, businessman, marketing expert, and auto enthusiast, reflects upon all those days when he could merely think of driving such a beast. It is the story of Kane Ellis from South Australia, who turned his life around on the virtue of his decisions and hard work. Catching the trends at the right time and making some sound investments can make you cover years’ worth of journey in a matter of months. Kane is now the founder and CEO of the two most successful business ventures, CarSwap and Nerd Herd. Both of them are online businesses. They have received a lot of applause and appreciation from users worldwide, owing to their practicality and “closer to life” approach.

The Path to Success, Nerd Herd

Often the path to success is not that straightforward. We need to go through a thorough introspection to discover our passion. Even then, the story doesn’t end as we need to be steadfast enough to pursue our dreams and not caring about what people will say. More or less, the same was the case with young Kane. He always used to think of things from a different point of view, the more realistic one. It was due to this reason that he was able to point out flaws and drawbacks in sections of society and hence come with a set of viable solutions for them. His two entrepreneurial ventures, Nerd Herd and CarSwap are living examples of his progressive thinking. You should not be disappointed by the small failures that you may face on your way to achieving new heights of glory. Instead, you should take them as learning lessons and move forward in life with an open heart and a mind to learn more. This fact is more pronounced in today’s modern world where the level of competition is sky high, and you need to keep up the pace of your hard work to survive this competition.

Kane opened his eyes in South Australia and had humble beginnings. He always had this streak in him of doing something different than the rest of the lot. It made him choose quite different paths right from his early childhood. His groundbreaking app, Nerd Herd, was one result of that entrepreneurial enthusiasm. He soon became anxiously curious about the void that existed at that time in the market, turning people off from buying and selling their vehicles online. It made him come with a revolutionary app, CarSwap, that allowed the masses to buy, rent, sell and exchange their vehicles on market competitive rates without losing a dime. The app had several filters using those you can find the car of your choice, or if you had to sell one, you also had to describe it discretely so that it can be categorized by the algorithm accordingly. Anyway, the public response was quite encouraging on it as it made their lives a lot easier. But it also made wide profit margins, all justified, which also made it a viable business plan. The app generated revenue from the qualifying offers capped by the end of every month.

Having this sense of accomplishment at the young age of 24, while driving his dream car, makes Kane more of a role model for the millennials. Remember, YOLO (you only live once) is perhaps the most established yet cliched fact of life. While you got to live only once, the choices you make during your living are crucial to both you and your loved ones. Smart decisions matter more than hard work, but you still need to be persistent. The level of success Kane has attained over the past decade is not achieved overnight. To all the young ones out there, Kane advises them to be determined, devoted, and sincere to their cause. And do not get disheartened from small-time failures.

Seerat Kapoor on Cyclone Tauktae Wrath: We Must Direct Energies into Being the Calm in the Storm