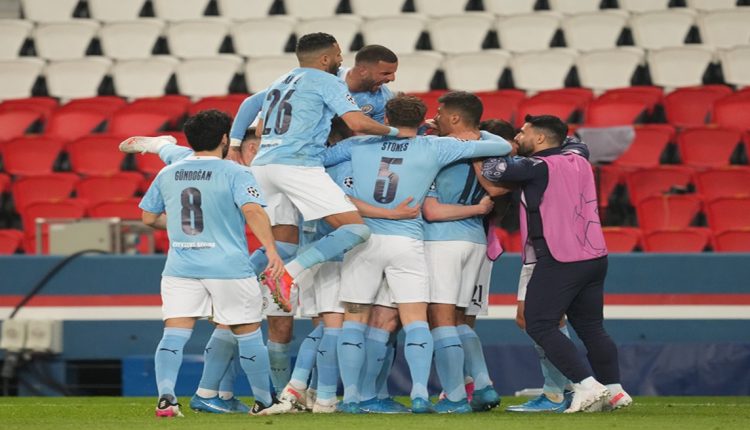 What a match it turned out to be for Manchester City as they registered a 2-1 win over PSG in the first leg of the Champions League 2021 semi-final match. Kevin de Bruyne and Riyad Mahrez were the ones who have almost led the team to reach the finals of UCL 2021. If Man City wins the second leg, this will be the first time that they reach the finals of the tournament. Talking about the first leg of the semi-final against PSG in Paris, Marquinhos gave the home team an early lead by scoring at the 15th minute of the game. Kevin de Bruyne & Riyad Mahrez Lead Manchester City to a 2-1 Win Over PSG in UCL Semi-Final Match.

Pep Guardiola’s men produced a stunning second-half and were blazing guns. Manchester City’s first-ever goal in Champions League history was scored by Kevin de Bruyne. He fired at the 64th minute. Soon South Africa’s Riyad Mahez joined the party and scored a stunning freekick at the 71st minute of the match. The two took the team to 2-1.

Now, let’s have a look at the goals scored by Manchester City below:

With this, Kevin de Bruyne has scored seven goals in Champions League and was adjudged as the Player of the Match. Riyad Mahrez is now the joint highest scoring Algerian player in UEFA Champions League history alongside Yacine Brahimi with eight goals.

(The above story first appeared on Scoop Buddy on Apr 29, 2021 08:54 AM IST. For more news and updates on politics, world, sports, entertainment and lifestyle, log on to our website scoopbuddy.com).