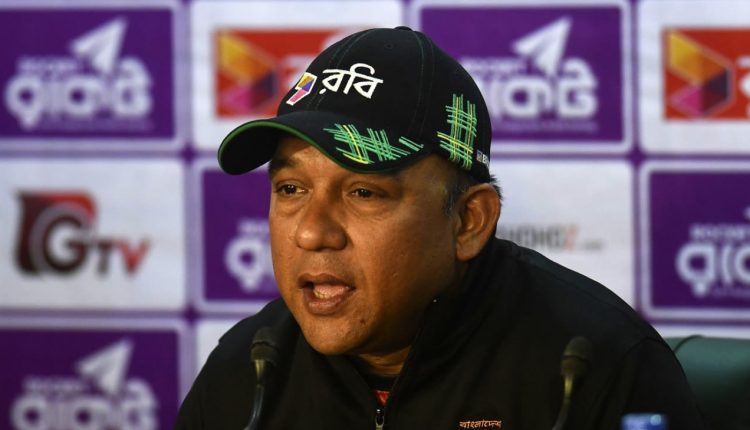 Khaled Mahmud, the former Bangladesh captain and current BCB director, has tested positive for Covid-19 and is currently isolating at home.

Mahmud, 49, was the Bangladesh team director on their recent Test tour of Sri Lanka and was supposed to have the same role for the home ODI series that starts on Sunday, against the same opponents. He is also a coach in the Dhaka Premier League, which is scheduled to begin on May 31.

Mahmud had reportedly tested negative twice after returning from Sri Lanka but tested positive recently, according to a board official. The Bangladesh squad had started training on May 18, after the Eid break, but Mahmud did not join them.

The BCB currently has a biosecure bubble in place for the ODI series that has hubs in the team hotel and the Shere Bangla National Stadium where all three matches will take place.

The Sri Lanka players were in quarantine for three days upon their arrival on May 16, while the Bangladesh team that arrived from Sri Lanka also had a three-day home quarantine. Shakib Al Hasan and Mustafizur Rahman were in hotel isolation for 11 days after they returned from the IPL that was suspended earlier this month.

There have been 1504 new Covid-19 cases and 26 deaths in Bangladesh in the last 24 hours. The graph has taken a downward trend since early April when the country had gone into lockdown due to the second Covid wave.

Bangladesh’s third Test captain, Mahmud represented Bangladesh from 1998 to 2006 and played 12 Tests and 77 ODIs. His contributions with the ball – 13 wickets in Tests and 67 in ODIs – were more noteworthy than his runs with the bat, 266 in Tests and 991 in ODIs. He was the Player of the Match in the 1999 World Cup match when Bangladesh upset Pakistan in the group stage. He later took to coaching after retirement and has been the BCB director since 2013.