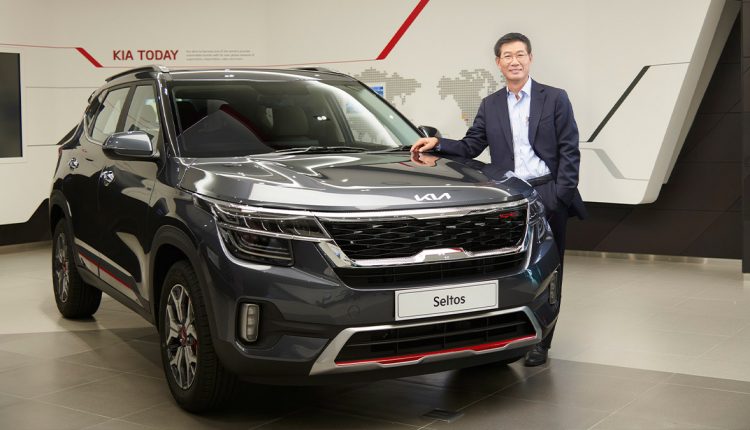 Kia India officially announced the relaunch of its brand today in India through a virtual event. Signalling a bold transition, the company name has been changed to Kia India from Kia Motors India. As a part of its new brand strategy, the company also revealed its new logo and slogan ‘Movement that Inspires’. The company has confirmed that the first products to feature the new logo will be the updated Seltos and Sonet SUVs that will be launched early next month. Kia EV6 Electric Car Unveiled Ahead of Its World Premiere; Check Features & Specifications.

Both SUVs will be the first to get Kia’s new logo. As per the company, Kia has emerged as the 4th most sold car brand and the fastest carmaker to achieve a 2.50 lakh sales figure in India and it aims to offer cutting-edge features with multiple trim choices for its customers.

60 percent of the company’s sales come from top variants of Seltos, Carnival and Sonet. Kia India also plans to expand its dealer network covering 218 cities including tier-3 and Tier-4 towns by the end of 2021.

(The above story first appeared on Scoop Buddy on Apr 27, 2021 02:24 PM IST. For more news and updates on politics, world, sports, entertainment and lifestyle, log on to our website scoopbuddy.com).

Australia Suspends All Direct Passenger Flights From India Until May 15