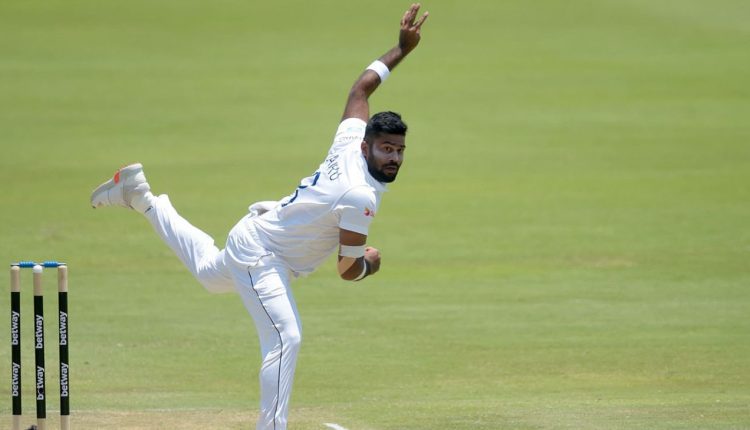 Lahiru Kumara ruled out of Bangladesh Tests due to hamstring injury

Seamer Lahiru Kumara will not bowl again in the ongoing series against Bangladesh after picking up a hamstring injury while fielding on day three, in Pallekele. MRI scans on Friday evening confirmed the presence of the injury. He had bowled 28 overs in the first innings, claiming figures of 1 for 88.

This is the second time in five months Kumara will be unable to complete a Test due to injury, having also been pulled out midway through the Boxing Day Test in Centurion late last year, due to a groin complaint. In fact, this was his first Test outing since that Centurion game.

Kumara’s exit leaves Sri Lanka with only three frontline bowlers for the second innings – seamers Suranga Lakmal and Vishwa Fernando, and legspinner Wanindu Hasaranga the only others picked primarily for their bowling in this innings. Dhananjaya de Silva is also on hand to provide part-time offspin.

For the second Test, Sri Lanka also have Asitha Fernando and the uncapped Dilshan Madushanka in the squad, should they require more fast-bowling cover for Kumara. If they go down the spin route, they have uncapped left-arm spinner Praveen Jayawickrama in reserve as well.

Kumara’s batting is unlikely to be required in the ongoing game. The second Test starts on Thursday.