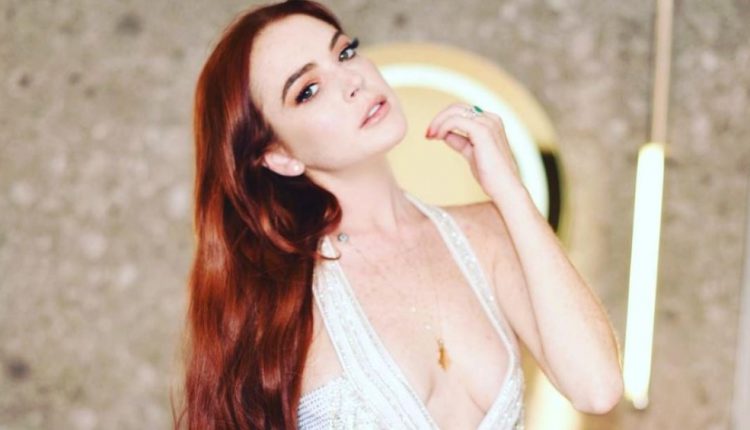 Actor Lindsay Lohan is going to play the lead role in streamer Netflix’s yet-to-be-titled Christmas rom-com movie. According to Variety, Lohan will play a “newly engaged, spoiled hotel heiress” in the film. “She gets amnesia after a skiing accident and finds herself in the care of a handsome, blue-collar lodge owner and his precocious daughter in the days leading up to Christmas,” the logline reads. Lindsay Lohan Gets Punched in the Face For Kidnapping Children, Twitter Can’t Keep Calm Either!

Makers are yet to announce the rest of the cast. Janeen Damian will direct the movie from the script he co-wrote with Michael Damian, Jeff Bonnett and Ron Oliver. MPCA’s Brad Krevoy and Riviera Films’ Michael Damian are producing. Amanda Phillips and Eric Jarboe are serving as executive producers. Lohan had a career breakthrough at the age of 11 when she starred in 1998’s reboot of “The Parent Trap”. Lindsay Lohan Birthday Special: From Shimmery Jumpsuits to Hologram Dresses, LiLo Has Always Been the Face of Unprecedented Fashion (View Pics).

She followed that with a remake of “Freaky Friday” (2003) and “Mean Girls”(2004), establishing herself as one of the most internationally popular stars from Hollywood. She decided to take a break, and stayed away from media in the coming years, eventually moving to Europe and then Dubai. In 2019, Lohan had expressed her desire to return to the US and get back to acting.

Lindsay Lohan will star in a new romantic comedy about a newly engaged and spoiled hotel heiress who finds herself in the care of a handsome, blue-collar lodge owner and his precocious daughter after getting total amnesia in a skiing accident pic.twitter.com/umpCpCzW4w

She told CNN’s New Year’s Eve special hosts Anderson Cooper and Andy Cohen that she wanted to “come back to America and start filming again,” and “taking back the life that I worked so hard for, and sharing it with my family and you guys.”

PharmEasy buys Medlife, to be no. 1 e-health entity

World leaders call for funding of US$ 5.2 billion for COVAX to achieve set…