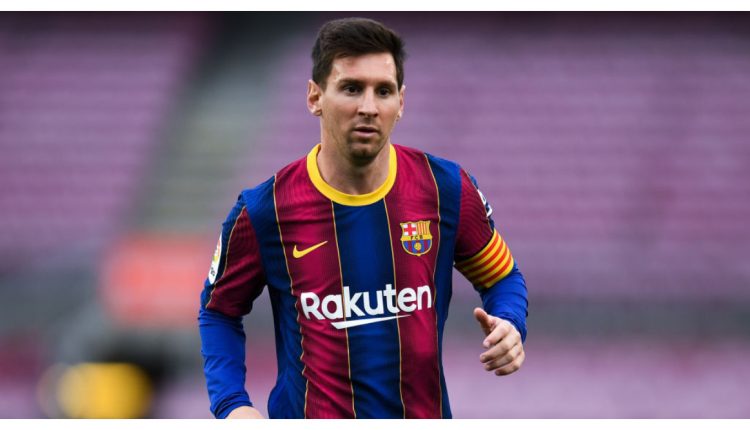 Argentine star Lionel Messi is set to sit out of Barcelona’s last La Liga game this season on Saturday against Eibar, according to an announcement by the club. It was also reported that the 33-year old was given this permission by the club so that he could, ‘enjoy a rest’ before the Copa America 2021 begins on June 13. The final would be played on July 10. After Lionel Messi, Antonie Greizmann Also Looking to Move Away from Barcelona Following Club’s Exit from La Liga 2020-21 Title Race.

In a statement, Barcelona said, “The striker can enjoy a rest before next month’s Copa America after a season in which he is one of the players in the squad who has played most.”

This decision to rest Messi might not affect Barcelona much since they are already out of the title race after poor performances in recent times. Messi was also given the permission by coach Ronald Koeman to miss training on Friday. This development gives fuel to the speculation that he might have just played his last game in Barcelona colours with the star forward being linked to Pep Guardiola’s Manchester City and Paris Saint-Germain.

A 1-2 shock defeat at the hands of Celta Vigo on Sunday meant that Barcelona’s hopes of winning the league title were over. They are third in the table with 76 points from 37 matches. League leaders Atletico have 83

and Real Madrid have 81 points respectively from as many games and the final matches of both these sides would decide this season’s La Liga champion.

(The above story first appeared on Scoop Buddy on May 21, 2021 08:27 PM IST. For more news and updates on politics, world, sports, entertainment and lifestyle, log on to our website scoopbuddy.com).

Apple iOS 15.3 and iPadOS 15.3 address a number of security vulnerabilities