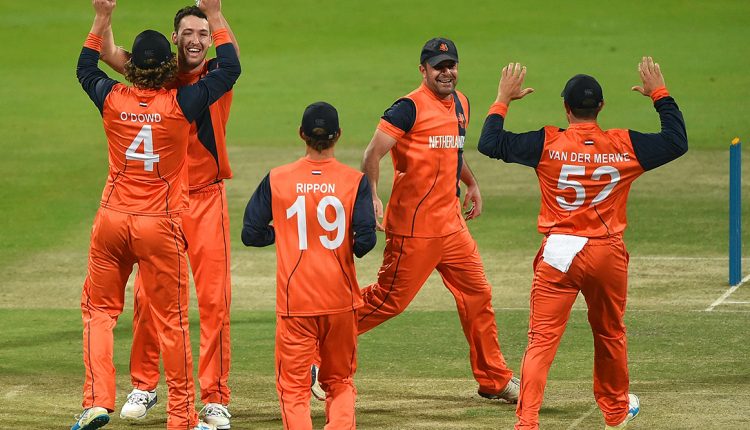 Malaysia are up against Netherlands in the match five of the Tri-Nation T20I series 2021. The encounter takes place at the Tribhuvan University International Cricket Ground in Kirtipur on Wednesday (April 21). With two victories in three games, Netherlands must be high on confidence and will take the field as firm favourites. Moreover, a win in this contest would seal their place in the finals. On the other hand, stakes are even higher for Malaysia as they need to win both their remaining games with a significant margin to qualify for the summit clash. Meanwhile, fans can scroll down to get the live streaming, live telecast and other MAL vs NED match details. Max O’Dowd Becomes First Netherlands Batsman To Score A T20I Century.

Speaking of the last encounter between the two sides, Netherlands posted a mountain of 191/2 while batting first thanks to a sensational century from Max ODowd. In reply, Malaysia got off to a terrible start, losing their first three wickets inside 20 runs. However, wicket-keeper batsman Virandeep Singh led Malaysia’s fightback with a brilliant counter-attacking knock.  He scored 87 off 53 deliveries, but his efforts eventually went in vain as the Dutch side eventually won by 15 runs. Ahead of the game, let’s look at the streaming and other information.

Malaysia vs Netherlands match in Tri-Nation T20I Series 2021 will be played at Tribhuvan University International Cricket Ground in Kirtipur on April 21, 2020 (Wednesday). The game is scheduled to start at 12:00 PM IST, and 12:15 PM local time.

How to Watch Live Telecast of Malaysia vs Netherlands Match in Tri-Nation T20I Series? TV Channel and Broadcast Details

In India, Eurosport holds the official broadcasting rights of the Tri-Nation T20I Series. Hence, fans can switch to Eurosport to catch the live telecast of Malaysia vs Netherlands match on television.

Where to Get Free Live Streaming Online of Malaysia vs Netherlands Match in Tri-Nation T20I Series?

Fans in India can follow the MAL vs NED T20 match live along with highlight videos on the FanCode app and website.

(The above story first appeared on Scoop Buddy on Apr 21, 2021 11:29 AM IST. For more news and updates on politics, world, sports, entertainment and lifestyle, log on to our website scoopbuddy.com).

Poison: Freddy Daruwala Says Playing Cop in the ZEE5’s Series Was Special for Him