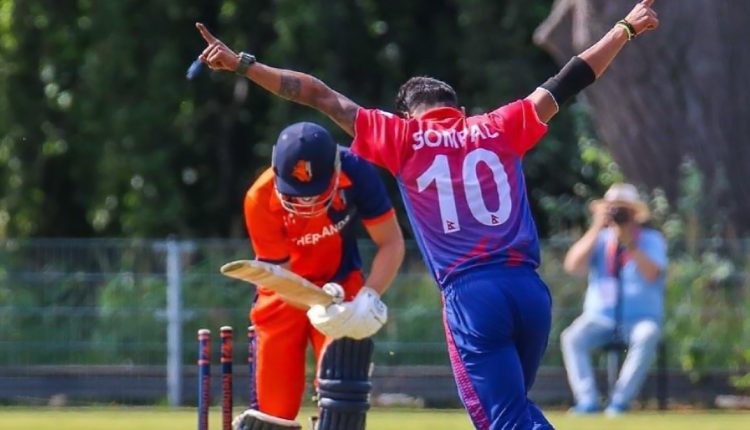 Nepal will take on Netherlands in the final game of the Tri-Nation series. The NEP vs NED T20I clash will be played at the Tribhuvan University International Cricket Ground in Kirtipur on Saturday (April 24, 2021). Both sides will be aiming for a win in the finals of the series. Meanwhile, fans searching for Nepal vs Netherlands, T20I live streaming can scroll down below. NEP vs NED Dream11 Team Prediction: Tips to Pick Best Fantasy Playing XI for Nepal vs Netherlands.

The teams met each other twice in the competition so far and both sides have recorded a victory each so far. Nepal defeated the Dutch side in the series opener by nine wickets but it was the Netherlands who got the better of the hosts in the following encounter, edging to by three wickets. Both teams have played some great cricket and will be looking to end the series on a high with a win. Max O’Dowd Becomes First Netherlands Batsman To Score A T20I Century, Helps Team Beat Malaysia in Tri-Nation Match.

Nepal vs Netherlands match in Tri-Nation T20I Series 2021 will be played at Tribhuvan University International Cricket Ground in Kirtipur on April 24, 2020 (Saturday). The game is scheduled to start at 01:00 PM IST, and 01:15 PM local time.

How to Watch Live Telecast of Nepal vs Netherlands Match in Tri-Nation T20I Series? TV Channel and Broadcast Details

In India, Eurosport holds the official broadcasting rights of the Tri-Nation T20I Series. Hence, fans can switch to Eurosport to catch the live telecast of the Nepal vs Netherlands match on television.

Where to Get Free Live Streaming Online of Nepal vs Netherlands Match in Tri-Nation T20I Series?

Fans in India can follow the NEP vs NED T20 match live along with highlight videos on online platforms as well. Fans can tune into the FanCode app and website to get the live streaming of the Nepal vs Netherlands T20I match but will need to pay a nominal fee first.

(The above story first appeared on Scoop Buddy on Apr 24, 2021 01:03 PM IST. For more news and updates on politics, world, sports, entertainment and lifestyle, log on to our website scoopbuddy.com).