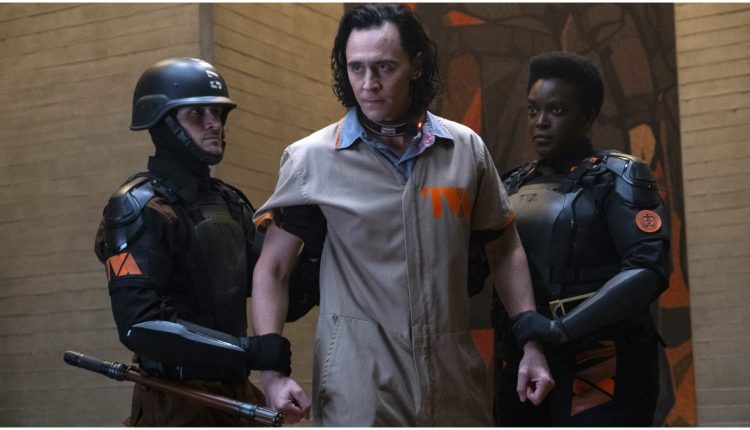 Loki: From Multiverse to ‘DB Cooper’, Fan Theories That Were Confirmed in the First Episode of Marvel’s New Disney+ Series (LatestLY Exclusive)

Loki premiered on June 9, 2021, with Tom Hiddleston returning as the God of Mischief, headlining the Marvel’s Disney+ series. The show picks up right after Avengers: Endgame (2019) where the 2012 Loki escapes with the Tesseract. The show finds him being arrested by the Time Variance Authority (TVA) for causing a fracture in the timeline, as he is set along another adventure with the TVA agent Mobius M Mobius.  Loki Review: Tom Hiddleston’s God of Mischief Is Back in Style and His Banter With Owen Wilson Makes This Marvel Series Tick! (Scoop Buddy Exclusive).

Now ever since the first teaser trailer for the show dropped back in January, fan theories were running rampant as people were trying to figure out exactly what Loki was going to be about. Plot details were kept under wraps and there was no clear idea of what exactly was going to happen. So with the first episode of Loki, there was a lot to unpack as it answered a lot of questions and gave us a clear idea of what the show was going to be about. So here are a few fan theories that Loki confirmed in its first episode. Loki: Review, Cast, Plot, Release Date – All You Need To Know About Tom Hiddleston, Owen Wilson’s Marvel Disney+ Series!

TVA Being The Most Powerful Organisation in the Universe

The first episode gave us a sense of what the TVA is truly capable of, fans had been speculating since the first trailer that what the reach of TVA is going to be like and how it’s going to impact the Marvel Cinematic Universe. It got confirmed in the first episode that it indeed was the case because the TVA renders all other cosmic powers useless, this is again proven by just seeing a bunch of Infinity Stones that the MCU spent a decade building up, lying useless in a drawer.

In the first trailer, we got a glimpse of Loki jumping out of an Airplane with a bag of cash, judging by his attire and the nature of the scene it led many fans to speculate that he was impersonating D.B. Cooper. Cooper was a notorious criminal who hijacked a plane and jumped out mid-air with $200,000. To this day his identity and fate remain a mystery, so it was fun to see Marvel let Loki be the D.B. Cooper of MCU as the reasoning behind him committing the crime is because of losing a bet to Thor. Loki Episode 1: Seven Highlights from the Premiere of Tom Hiddleston and Owen Wilson’s Disney+ Marvel Show.

There were rumours about the show having multiple Loki’s during its production. In the final few minutes of the first episode that was the case as Mobius asks Loki for his help in bringing down a variant. We still have no idea as to who the Loki variant actually is, but whoever that may be it’s going to make for another fun Marvel adventure.

Introduction of the Multiverse

Many fans speculated the Multiverse to be introduced in one of the upcoming Marvel projects, but no one expected Loki to be the one that kicks starts it. With many branching realities the multiverse was finally introduced into the MCU and we can’t wait to see how it leads into the other MCU projects.

Loki is available to stream every Wednesday at 12:30 pm on Disney+ Hotstar!

(The above story first appeared on Scoop Buddy on Jun 11, 2021 05:53 PM IST. For more news and updates on politics, world, sports, entertainment and lifestyle, log on to our website scoopbuddy.com).

Yogendra Singh Rathore: A Token of Inspiring Hope and Humanity