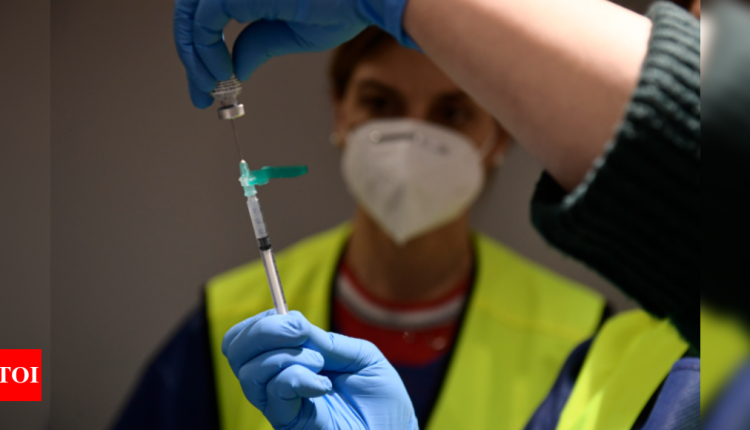 By admin On Apr 29, 2021
0
Share
NEW DELHI/GENEVA: Amid a raging second wave of the Covid-19 pandemic, a large number of Indians support requiring vaccine certificates for international travel as well as everyday activities such as accessing shops, restaurants and offices, a new survey showed on Thursday.
Globally too, the survey showed that the public widely supports requiring vaccine certificates for international travel and accessing large venues.
Coronavirus: Live updates
However, support is divided when it comes to measures around daily life, according to the World Economic Forum (WEF)/Ipsos survey conducted online across 28 countries among more than 21,000 adults between March 26 and April 9.
The survey found that three in four people support Covid-19 vaccine certificates for travellers entering their country, while two in three think these certificates would also be effective in making large events safe and expect they will be widely used.
“Most public opinions in high- and middle-income countries are looking at vaccination certificates as indispensable tools for travel to resume and large public venues to reopen,” said Arnaud Bernaert, head of Health and Healthcare at Geneva-based WEF, which describes itself as an international organisation for public-private cooperation.
Some 78 per cent agree that travellers entering their country should be required to have a vaccine certificate; a majority agree in each of the 28 countries surveyed –- from 92 per cent in Malaysia and 90 per cent in Peru to 52 per cent in Hungary and 58 per cent in Poland.
Among Indian respondents, 84 per cent agreed that all travellers entering their country should be required to have a vaccine passport.
Globally, the support level drops when it comes to accessing parts of daily life only recently re-opening.
Only about half agree that vaccine certificates should be required for shops, restaurants, and offices. Countries showing wide support for these kinds of measures are mostly in South Asia and Latin America.
Globally, 55 per cent support these kinds of requirements –- ranging from the strongest support in India at 78 per cent, 75 per cent in Chile and 70 per cent in Peru to widespread opposition in Russia (72 per cent disagree) and 52 per cent in the US.
The survey also found that people are more comfortable with their employer accessing their personal health data and vaccination records than their government.
India (78 per cent), China (77 per cent), and Saudi Arabia (74 per cent) show the highest levels of comfort with allowing employers access to personal health data, while France (27 per cent) and the Netherlands (29 per cent) show the lowest.
However, only 40 per cent globally say they are comfortable allowing private companies (other than employers), such as technology companies, airlines or hotels, to access their health data and vaccination record.
The only countries where at least 50 per cent are comfortable with it are India (68 per cent), China (67 per cent), Saudi Arabia (66 per cent), Malaysia (57 per cent), and Turkey (50 per cent), while discomfort is most prevalent in the Netherlands (77 per cent) and France (74 per cent).
0
Share FacebookTwitterGoogle+ReddItWhatsAppPinterestEmail