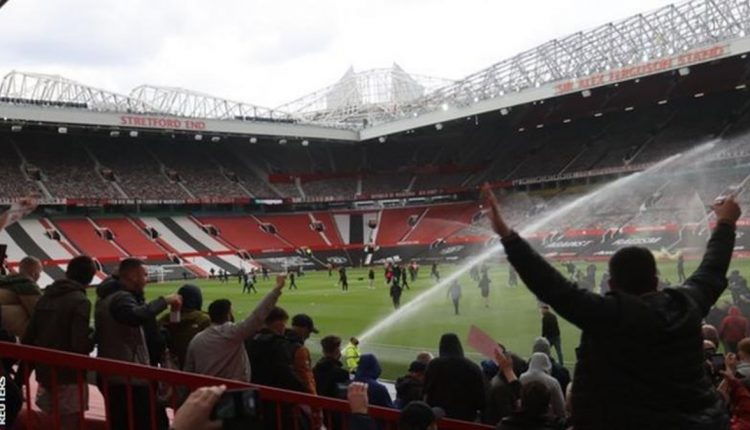 Manchester United witnessed massive protests ahead of their game against Liverpool. The fans had broken into the Old Trafford pitch protesting against the team’s participation in the European Super League. Now, Manchester United co-owner Avram Glazer was approached by a new channel for an apology for their participation in the league. “This an opportunity for you – an apology perhaps?” Sky said, whilst being asked if it was time for his family to sell the club and if United fans were “just customers to you”. But Avra,m ignore the question by the reporter and just walked away without saying a single word. Manchester United Fan Arrested Following Protest at Old Trafford.

The video of the entire incident went viral on social media. However, Avram’s brother Joel had apologised to the fans for participating in the European Super League. “We got it wrong, and we want to show that we can put things right,” he had said. The European Super League witnessed participation from many clubs including Manchester City, Tottenham, Juventus, Barcelona, Real Madrid and others. However, their participation didn’t go down well with the UEFA and FIFA who had warned the clubs of dire consequences.

Now, let’s have a look at the video where Avram Glazer remains tight-lipped about the apology:

#MUFC owner Avram Glazer refused to apologise to fans over the disastrous attempt to form a breakaway European Super League, when approached by Sky News. pic.twitter.com/BfY5fEHIaa

It is widely reported that more of these protests are planned by the fans in the coming future. The fans were heard chanting anti-Glazers slogans during the protests.

(The above story first appeared on Scoop Buddy on May 05, 2021 10:15 PM IST. For more news and updates on politics, world, sports, entertainment and lifestyle, log on to our website scoopbuddy.com).

Rajniesh Duggall: I Love Psychological Thrillers, It’s One of My Favourite Genres