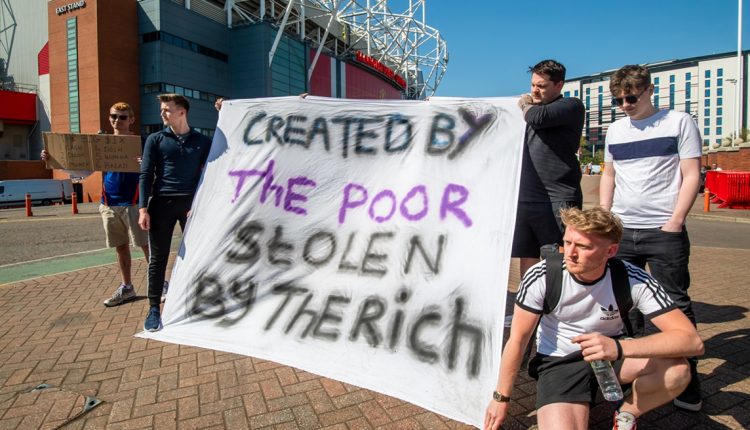 Manchester United has released a statement for fans as they mark their return in the stands for the first time in 14 months. About 10,000 tickets are sold for the EPL 2021 match against Fulham FC. The match will be held at Old Trafford and the club has issued a statement for the attendees. In the press release, Manchester United urged the fans to behave more responsibly and have passed a new code of conduct that will ensure their safety in the stands. The management has also kept in mind the norms of social distancing amid the COVID-19 pandemic. Manchester United Co-Owner Avram Glazer Refuses to Apologise to Fans for Their Participation in European Super League Despite Massive Protests (Watch Video).

Any reckless or anti-social behaviour will not be tolerated. As one might recall, a few days ago, people had turned out in numbers to protest against the Glazers, the owners of the club. The protest was against Manchester United’s participation in the European Super League, which is a breakaway tournament for Champions League. The fans had entered the pitch at Old Trafford and the game between Manchester United and Liverpool had to be rescheduled.

We’re looking forward to welcoming a limited number of supporters back to Old Trafford tomorrow.

See the below thread for some important reminders ⬇️ pic.twitter.com/JpCMZNlfn1

“Club sanctions will apply for the use of flares within the stadium and any pitch incursions or vandalism will result in criminal prosecution,” said Collette Roche, Chief Operating Officer.  The match will begin at 10.30 pm IST.

(The above story first appeared on Scoop Buddy on May 18, 2021 01:10 PM IST. For more news and updates on politics, world, sports, entertainment and lifestyle, log on to our website scoopbuddy.com).

Geeta Kapur’s Pictures in An All Red Outfit and Sindoor Go Viral; Fans Ask When Did She Get Married?