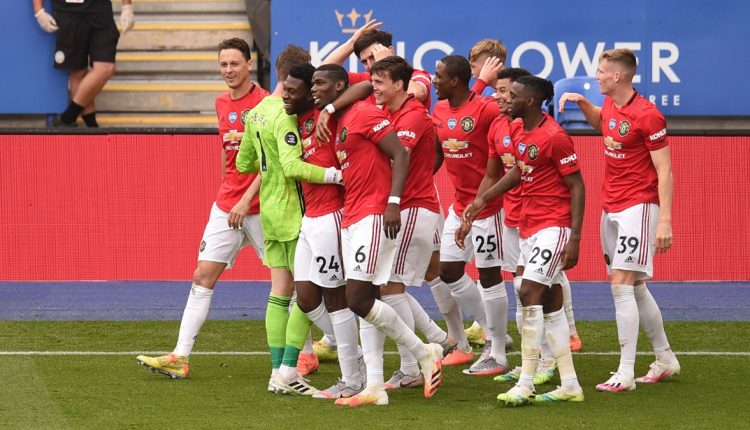 Manchester, May 3: Manchester United will work with police to identify the fans who forced open an Old Trafford door before invading the pitch in protests that forced the cancelation of a Premier League game against Liverpool, the club said Monday.

United said it would not seek punishments for those fans who protested peacefully, including those outside the stadium. “While many fans wanted to exercise their right to protest and express their opinion peacefully,” United said in a statement, “some were intent on disrupting the team’s preparation and the game itself, as evidenced by activity at the Lowry Hotel and at the stadium.”

The first details of the investigation were released as United said speculation floated by the Manchester United Supporters’ Trust that protesters were able to access the stadium through a gate left open by club staff was “completely incorrect.” Italian Media Claims Cristiano Ronaldo Saved Andrea Pirlo’s Job After a Brace Against Udinese in Serie A 2021 Match.

“After breaking through barriers and security on the forecourt, some protestors climbed the gates at the end of the Munich tunnel, then forced access to a side door in the stand, before opening an external door that let others through to the concourse area and the pitch,” United said. “A second breach occurred when a protestor smashed the door of a disability access lift, enabling a group to enter the stand.”

The violence erupted close to when the game was due to kickoff on Sunday afternoon as baton-wielding police pushed up against fans throwing glass bottles to disperse the crowd from the concourse outside Old Trafford.

“The majority of our fans have and will condemn criminal damage, along with any violence towards club staff, police or other fans, and these now become a police matter,” United said.

“The club has no desire to see peaceful protestors punished, but will work with the police to identify those involved in criminal activity, and will also issue its own sanctions to any season ticket holder or member identified.”

A new date for the fixture is yet to be set with less than three weeks of the Premier League season left. There has yet to be a direct response to requests by fans to engage directly with the Glazer family, which owns the club. “We remain committed to dialogue and engagement with our fans through the Fans Forum and other appropriate channels,” United said.

Trisha Birthday Special: 96, Mankatha, Athadu – 5 Best Movies of Your Fave Tamil Actress and Where To Watch Them Online!