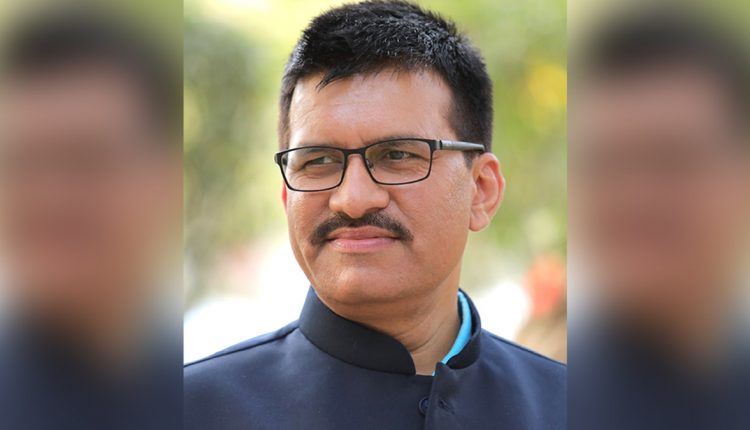 Master of Many Trades, Environmentalist Satendra Singh Takes the Lead in Proactive Initiatives Towards the Planet

Satendra Singh is a renowned environmentalist and the pioneering founder of the 15 year old people’s movement called “Clean, Green, Healthy and Educated India”.

Being run in three states, namely Uttar Pradesh, Delhi and NCR. “Clean, Green, Healthy and Educated India”, is a revolutionary movement led by this social enthusiast who has been engaged in the struggle for environment for the people affected by the skyrocketing pollution.

Having founded the vision oriented Utthan Samiti (A Ray of Hope), an alliance of hundreds of progressive people’s organisations, Satendra Singh is researcher par excellence who has conducted through studies on the consequences of  development of hazardous industries globally and their alternatives.

Having led the Hindon Mahotsav, which was organised from 19th to 21st March 2021, Chairman and environmentalist Satendra Singh invited the people from the city and across the place to mark their presence at the grand fest. He also extends his word to take care of all the COVID-19 related guidelines proposed by the government. He also organised Yamuna Mahotsav in Delhi to raise awareness on the massively polluted Yamuna River.

Satendra Singh is a senior reputed Industrial Labour Law Consultant for more than 20 years. He is also the advisor to the top level managements of many Indian and foreign companies. One significant achievement of the stalwart is that he has been a pioneer in designing pay structure in compliance with the labour laws of India.

One of the finest features on the hat of this leader is the position of Editor-in-chief that he holds in the Udyog Vihar News Paper. Through his insightful blogs he has been raising his views on  various issues related to environment and Swachta in every edition.

He says,” Through the plantation drives, we took stock of the land and plantation there. Certainly, when these trees grow, the district will get the gift of another city forest. At the same time, we will get rid of pollution. There is a shortage of oxygen in the air chamber today, this area will cooperate in filling it”.

Satendra Singh also criticised the tree-planting parade of governments and plantation campaigns of the administration for their usual rhetoric of planting saplings and leaving it then and there without any further attention. He also mentioned that the government, administration, daylight environmentalists and related authorities managed to get their name in the Guinness Book of Records for planting over fifty million trees in a day but en réalité, the figures are merely confined to papers. If actual accounting of the surviving trees is honestly made, not more than one-fourth of the trees will remain.

The creatively bent Satendra organises mass Bhandara in an idiosyncratic way. The special thing about the bhandara is that they organise tree bhandaras, where people are encouraged to organize and distribute potted plants to the people.

Chairman Satendra Singh Environmentalist said,”The rapid loss of oxygen from our atmosphere is a matter of great concern and trees are good sources of oxygen, so we should understand their utility and more and more around our homes, factories and business establishments. More plants should be planted as well as their care should be taken properly. We should plant more and more people like Peepal, Neem, Vat, Pilkhan, etc., which give a lot of oxygen and also keep the air chamber clean”.

Satendra Singh is the proud composer and writer of the book, “Bharat me Swachchata evam Paryavaran ke Mayne”, b, a hippie, dispatched in Hindan Mahotsav’s program. In this book, he clarified alongside supporting data how we could make our country Clean, Green and Healthy, and how it is possible that we would make our India Pollutants free. Currently, we are living in a polluted atmosphere. Because of this, we have numerous illnesses of the heart, lungs, and kidney. Presently it’s an ideal opportunity to stir ourselves to battle contamination with the goal that we can save our children’s future.

Satendra Singh has been depited as an individual member from District Ganga Conservation Committee Ghaziabad on the directions of the Government of India to foster the mission of river conservation.

The team at Utthan organised a round Table Conference in India International Center in New Delhi with China Delegation alongwith CYL.

Graced by a ten-member team from China, the event witnessed the esteemed presence of Mr. Sunil Shastri, son of former Prime Minister Mr Lal Bahadur Shastri. With all these achievements under his belt, Mr Singh is certainly a motivation for environment enthusiasts across the globe with his dedicated approach towards making a planet a better place to live in.

Abhishek Bachchan Sends Virtual Hug to Fans, Says ‘We Need To Spread Love in Times Like These’