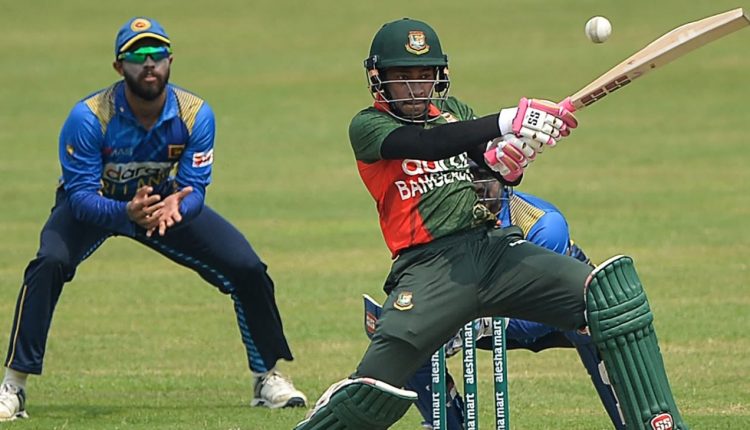 Senior players. Who needs ’em? Bangladesh would argue they do. Although Sri Lanka had their batting line-up stuttering at 99 for 4 in the first ODI on Sunday, Mushfiqur Rahim and Mahmudullah called upon their combined 418 ODIs worth of experience, and plotted Bangladesh’s way out of trouble and eventually to a position of comfort. Earlier, Tamim Iqbal also struck a fifty.

Sri Lanka, however, have jettisoned several of their senior players, leaving out Angelo Mathews, and prompting Thisara Perera to retire. Clearly, Sri Lanka’s think-tank – coach Mickey Arthur, the selectors, director of cricket Tom Moody and the technical committee headed by Aravinda de Silva – have their eyes firmly set on the future, in naming this young squad, and issuing contracts that reward future potential.

But they also need to win ODIs in the short term. Right now, Sri Lanka are 12th out of 12 in the ODI Super League, having lost all four matches so far. To be fair, it is not as if seniors were certain to give them a greater chance of victory – Sri Lanka’s ODI form was poor even when more experienced players were in the mix. But now that Sri Lanka have committed to this new strategy, they need wins quickly to stop the pressure piling up, not just on players but decision-makers as well.

Bangladesh, meanwhile, go into the second ODI in Dhaka on Tuesday with the afterglow of a comprehensive victory – one in which an old formula worked for them. Not only did the big-name stars make runs, their lead spinner ruined the opposition’s chase, and Mustafizur Rahman was also outstanding, even if those cutters have lost their fizz. Short turnarounds also tend to assist the team that won the previous match.

Of the three half-centuries that built Bangladesh’s total on Sunday, Mushfiqur Rahim‘s 84 was easily the most fluent. He scored at nearly a run a ball, but rarely appeared rushed, hitting just four fours and a six in the 87 balls he faced. He was a master of manipulation, waltzing across the crease to find space on the leg side, or backing away to hit to the off side, while occasionally coming down the pitch to change the spinners’ lengths. Although there are questions still over his keeping (particularly as Liton Das is also in the XI), Rahim also had a good game with the gloves.

Earlier this year, Kusal Mendis was dropped from all formats on account of his woeful Test returns. In ODIs, his form actually hadn’t been that bad – he’d averaged 55.33 in his six most recent innings before this series (though those innings came a while back, before the pandemic). Still, he needs runs, and he needs them fast, if he is to justify not just his return to national colours, but also his elevation to the vice-captaincy.

Bangladesh are unlikely to mess with their winning XI.

Sri Lanka may think about swapping out one of the top-order batters for Niroshan Dickwella, who was good in the intra-squad practice game.

A cyclone in the Bay of Bengal on Monday evening may see Dhaka endure a rainy 24 hours, which could impact not just ground conditions, but also interrupt the match. Another slow surface is expected.

Carl Pei’s Twitter hacked by scammers, tried to get people to buy ‘Nothing Coin’ with ETH