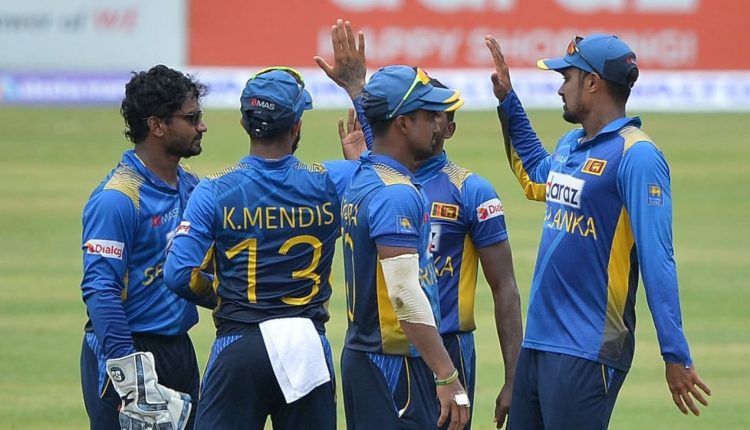 Sri Lanka’s top order have lacked runs, while Bangladesh’s bowlers have hunted in a pack

Although they are 2-0 up and have sealed the series, Bangladesh will not allow themselves to relax in the third ODI against Sri Lanka in Dhaka. The home team has just got out of a ten-match winless streak and there remain many areas to still get right, with bigger challenges coming up later in the year. The same, if not more, applies for Sri Lanka. It has so far been a tough few days for the visitors who, after enduring a Covid-19 scare, went down in both ODIs quite easily.

Sri Lanka’s biggest headache on this tour has been the lack of runs from their recognised batters. Wanindu Hasaranga is their highest run-getter with 80 runs, including a half-century in the first game. But those runs were made from No. 8, with Sri Lanka’s top seven yet to register a half-century across both matches.

But as much as there has been criticism of their selection policy to drop some of their experienced players from the squad, the likes of Kusal Perera, Danushka Gunathilaka, Kusal Mendis and Dhananjaya de Silva have been around for long enough to carry a batting line-up. Pathum Nissanka, Ashen Bandara and Dasun Shanaka are relatively new, but they all possess the ability to play spin.

What should have heartened the team must be their bowling and fielding in these two matches. Dushmantha Chameera and Lakshan Sandakan have been among the wickets, while Hasaranga has bowled some accurate legspin too. Sri Lanka have had Bangladesh on the ropes a few times, but the home side has fought back from situations like 99 for 4 in the first ODI, and 15 for 2, 74 for 4, and 184 for 7 in the second to eventually post match-winning totals.
This is where the experienced Tamim Iqbal, Mushfiqur Rahim and Mahmudullah have made the difference between the two teams. Whenever they have faced trouble, one of the three has stood up with the bat. While Rahim has made 209 runs in the two matches, equally important have been his partnerships of 109 and 87 with Mahmudullah from difficult positions.

The lack of runs from the likes of Liton Das and Afif Hossain could be a worry though. Mohammad Mithun and Mosaddek Hossain have got a match each, but on the whole, there has been an over-reliance on the senior batters, who may not always manage to score at a higher rate in every phase of the innings.

Bangladesh’s bowling, though, has really come forth in difficult times. Mehidy Hasan Miraz and Mustafizur Rahman have been great support acts to Shakib Al Hasan, while youngster Shoriful Islam didn’t look out of place either on his ODI debut in the last game.

Mehidy Hasan Miraz is now the second-best bowler in the ICC ODI bowlers’ rankings, having picked up seven wickets in the two matches. He has taken control of Sri Lanka’s middle overs while using a fine mix of flight, spin and accurate length.

Dushmantha Chameera bowled a superb first over in the second ODI, removing both Tamim and Shakib in the space of four balls. And though Sri Lanka couldn’t take advantage of it, Chameera has come off as one of the highlights for the visitors on this tour.

Mohammad Naim’s inclusion in the squad suggests that the team management must be seriously considering Das’ spot. Soumya Sarkar and Mahedi Hasan are the others who remain unused in the squad so far. A decision on the availability of Mohammad Saifuddin will be taken on match day. The allrounder had suffered a blow to his head during the second ODI, but was cleared of anything serious.

Niroshan Dickwella could replace Ashen Bandara to beef up Sri Lanka’s middle order. Although allrounder Ramesh Mendis and Akila Dananjaya are also in the squad as spin-bowling options, it is the team’s batting that needs more attention.

Bangladesh chose to bat first in both matches as the pitches appeared two-paced, thus hardly encouraging big-hitting. The pitches also seemed to get slower as the game progressed, and it is unlikely to be too different in the third ODI. The weather forecast is mostly for clear conditions in Dhaka.