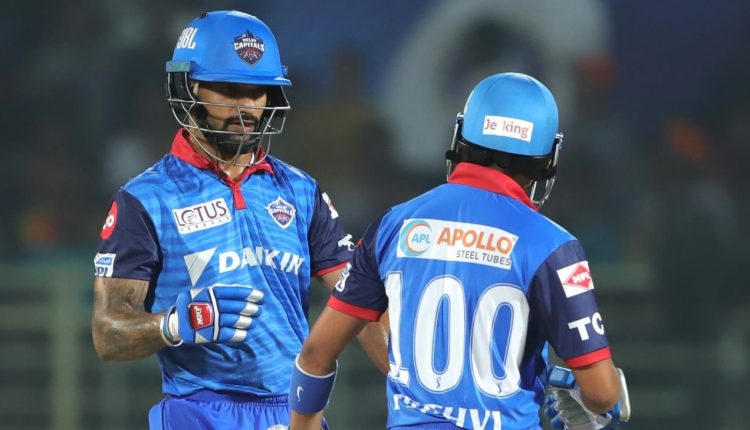 Will the Capitals turn to Nortje? And how much longer can the Knight Riders persist with Gill?

All games in the IPL are crucial, even when it pits one of the top teams against another that hasn’t had things go its way much. The Delhi Capitals are flying high, on eight points six games, while the Kolkata Knight Riders are in the bottom half, with two wins from six. Following consecutive cliffhangers, the Capitals would want a quieter ride, and while their batting has worked very well so far, Avesh Khan’s emergence and Amit Mishra’s re-emergence have given their side a nice, all-round sheen.

Their four wins so far have been largely down to their attacking openers, though. Prithvi Shaw and Shikhar Dhawan have three times had stands worth 50 or more, with the Capitals going on to win every time. The Knight Riders have lived the opposite experience. Nitish Rana started with consecutive half-centuries, but he has only 49 runs from his last four outings, and Shubman Gill has managed 89 runs in six innings.

That’s not all. Their middle order has stuttered too, and when they have done well, it has been because Andre Russell, Dinesh Karthik or Pat Cummins breaking free in the late overs. As the halfway stage of the season approaches, they would want a quick fix. Sunil Narine and his spin colleague Varun Chakravarthy, as well as Cummins and the others, must be desperate for some assistance from their batters before it gets too late for the Knight Riders, who did, however, look good in their last game against the Punjab Kings. A couple of wins, and a lot might change.

The Capitals may stick to the same XI that went down to the Royal Challengers Bangalore by one run in their previous game. That said, Steven Smith has been jogging at a strike rate of only 112.67, which has often resulted in pressure on those who follow. Kagiso Rabada, too, hasn’t yet met expectations, having gone at 8.94 with five wickets in as many matches this season. Sam Billings, Anrich Nortje and Chris Woakes are waiting for their chances.

The Knight Riders may decide to either push Gill down the order or drop him altogether. Could Karun Nair be an alternative? As a T20 opener, he strikes at 155.49 and has two centuries. Or Narine could be shifted up.

Himanshu Agrawal is a sub-editor at ESPNcricinfo