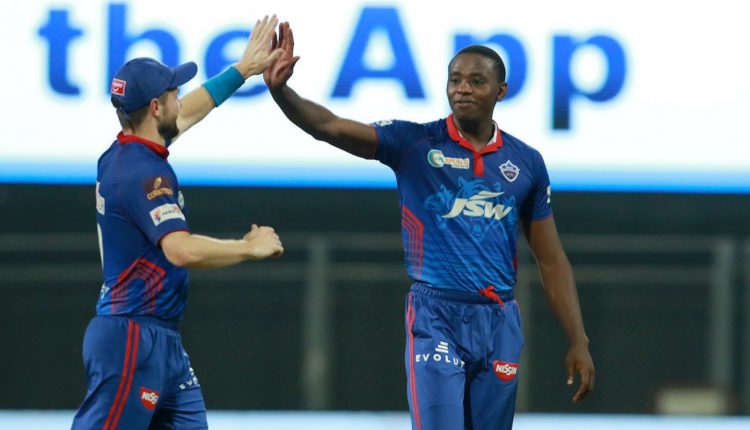 In a bit of a rarity, scheduling wise, Delhi Capitals and Punjab Kings will complete both their head-to-head clashes inside the first month of IPL 2021. At the Wankhede Stadium a fortnight ago, the Capitals powered past the Kings in a high-scoring thriller, where dew and KL Rahul’s scoring rate both played as major parts in the outcome as Shikhar Dhawan’s classy 92 and Mayank Agarwal’s belligerent 69.

Agarwal missed the Kings’ last match, a convincing 34-run win against the high-flying Royal Challengers Bangalore, due to injury and it remains to be seen if he’ll have enough time to recover given only a two-day gap between games. Prabhsimran Singh played in Agarwal’s place, though whether he too gets another game could depend on the combination that the Kings opt to go with.

In Chris Gayle, they have a readymade opener to partner Rahul anyway, while the bench has the likes of Mandeep Singh and Sarfaraz Khan who can slot into the middle order. One other question the Kings will have to wrestle with is whether Nicholas Pooran keeps his place in the XI. Pooran can be among the most destructive batters in T20s, but he’s had a particularly poor time of it in IPL 2021, with four ducks in six innings. Waiting in the wings is Dawid Malan, who can provide initial solidity with the potential to accelerate quickly later on. In other words, just the kind of batsman the Kings might need in the upper middle order.

For the Capitals, things are much rosier, particularly given the form of their openers Shikhar Dhawan and Prithvi Shaw. They have both been devastatingly good so far, and both went after the Kings attack all guns blazing in their last match too. Perhaps the Capitals’ only point of worry is the form of Kagiso Rabada. Expected to spearhead the attack, he has taken only five wickets in six games while going at a fairly high economy rate of 8.72.

They’re not likely to axe Rabada from the XI yet, even though the likes of Anrich Nortje and Chris Woakes are on the bench. The Capitals have weathered the loss of primary bowling options like Axar Patel (at the start), R Ashwin (off late) and Amit Mishra (shoulder niggle in the last match) wonderfully well. Lalit Yadav stepped in for Mishra and took 2 for 13 in three overs against Kolkata Knight Riders, while Patel returned from Covid and quarantine to bowl them to a Super Over win against Sunrisers Hyderabad.

One gamble worth considering for the Capitals is bringing in someone like Sam Billings for Steven Smith. Given the form of their other top-order men, Smith’s more anchoring style suited to the top order might not be needed, while Billings’ ability to bat explosively lower down might be more valuable.

Riley Meredith had to go off the field in his final over when a Kyle Jamieson thump got him on his right knee, so his fitness for the game is uncertain. That could mean Jhye Richardson, the Kings’ other big-ticket pace signing, gets another chance in the XI.

Rahul’s strike rate remains a perennial point of debate whenever the Kings play, but this year, he may have hit on a more calibrated approach that both satisfies the need for him to bat through the innings, without getting bogged down. What Rahul has done is counter-intuitive, but if the Kings work their game-plan right, it could pay dividends. Rahul has begun very cautiously in the powerplays, which in IPL 2021 have been the overs where teams have typically found it easier to go hard. However, he has stepped it up considerably in the middle overs – the period where run-scoring has been more difficult. Given Rahul’s all-range shot-making ability, if that method allows him to eventually end up with a big scores at strike rates of 150 or over, it’s beneficial for the Kings. But for it to work, he needs to have his fellow top-order batsmen going hell for leather in the powerplay so that the Kings don’t lose out. Rahul’s strike rate in the powerplay this year is 96, as opposed to 125 in IPL 2020. However, his middle-overs strike rate this year is 158, as against 120 last year.

The Capitals’ array of left-handers prompted the Kings to include Jalaj Saxena in their last game against them. Saxena showed good control, although the heavy dew and batsmen already in free-stroking mode meant loose balls could be taken advantage of. It might be worth a punt to bring Saxena back, but if the Kings don’t want to disturb a winning combination, they could rely on Ravi Bishnoi to do the job. Bishnoi mixes a generous amount of googlies and sliders alongwith his leggies, and notably, had success against Rishabh Pant by bowling a wide line outside off. However, that was in IPL 2020, and with the Capitals’ having had time to study Bishnoi further, it’ll be interesting to see how their left-handers – Dhawan, Pant, Shimron Hetmyer, and even Axar Patel lower down the order – adapt.

Saurabh Somani is an assistant editor at ESPNcricinfo

GM to focus on sustainable production by optimising resources