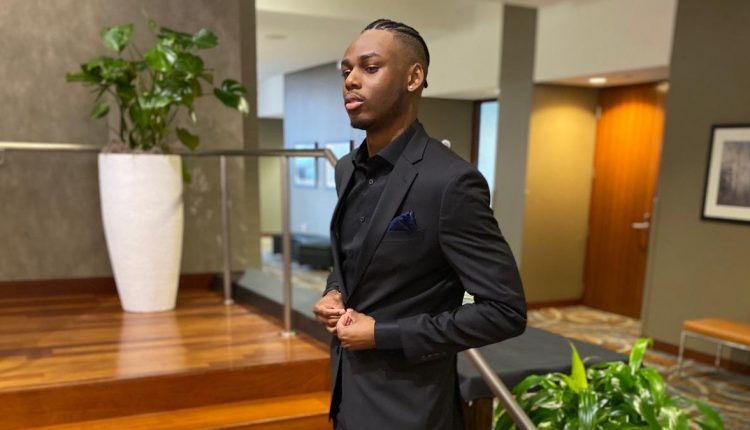 Meet Kenny Simpson: An Inspiring Teen Who Built His Road To Riches In His 20’s, Read His Recipe To Entrepreneurial Success!

Entrepreneurs are rule breakers, but the wisest of them know that barriers are broken for a bigger purpose. They don’t break rules arbitrarily. These entrepreneurs see the inherent flaws in the system that produced these rules and then deploy critical thinking, diligent work, and strategic efforts to create their own rules that pave the road to ‘abundance’ and ‘financial independence’.

Working with this same agenda, Kenny Simpson established his own entrepreneurial venture from the ground up. He did it by deviating from the conventional path that the majority of today’s youth are inclined to follow – spending thousands of dollars on receiving a degree just to be later employed in a 9-to-5 job that makes them live with limited means.

Knowing of a teen earning 6-figures a month in his 20’s sounds absolutely crazy, until you hear the inspirational story of Kenny Simpson, a 1998 born businessman who discovered the secret to achieving a high degree of entrepreneurial riches in network marketing and forex trading.

Followed by the completion of elementary education from his hometown Winter Haven, Kenny shifted to Jacksonville where he completed his schooling, and then went on to study two semesters at Saint Leo University in Saint Leo, Florida.

Though he was born with the entrepreneurial spirit, he owes a great deal of success and mindset to his mother, who runs a beauty salon. Seeing her financial independence enabled him to create a vision for himself of being his own boss. With this mindset of moguls, unlike his peers, Kenny disliked the notion of jumping into post secondary education only to later seek employment under someone else.

“The whole time I was in school I never had a major. The concept of paying thousands of dollars for any field that I knew I wasn’t passionate about never sat well with me. I ended up dropping out due to my lack of passion,” says Kenny.

He was ready to say Yes to hard-work, Yes to challenges, and Yes to grind… but all those Yes’s for the sake of striking gold as an independent business owner, and not becoming a Yes-Boss, Ok-Boss type person!

The perfect opportunity to say his first yes to entrepreneurship arose when he was introduced to network marketing. After months of hard-work and continued persistence, Kenny abandoned his studies knowing he had found what would bring him wealth, success and satisfaction for the rest of his life. Through this new opportunity, Kenny gained the invaluable skill of trading in the financial markets.

Kenny’s vision didn’t stop at trading alone. Later, with more experience and money in the field, he decided to go further and built TDC, a company that offers the youth a roadmap to success as independent business owners. Talking about the objectives of his company, the entrepreneur says:

“The main goal of TDC is to teach and educate on trading/investing and helping individuals develop more streams of income to propel their ventures in life.

My goal is to impact over 1million people by the end of 2021. Teaching and helping them develop and learn how to turn your saving account into major profits.”

While most rich people prioritize themselves over others, Kenny is the opposite. He loves helping others unlock 95-point greatness in life, and for this reason, he spends all his free hours on the welfare of cash-strapped individuals. Having been through the school of hard knocks and knowing what it takes to hit the jackpot, Kenny doesn’t want others to fall into the trap of trials and tribulations involved when switching gears to entrepreneurship. Therefore, he is using TDC to offer a clear-cut way to riding the gravy train with minimal investment and risks.

“A lot of people in this work focus mainly on making money for themselves, and for some of those, it definitely works. However, what do you think would happen if you helped 5 of your friends become millionaires? By default, you yourself would be a multi-millionaire. When you shift your focus to helping people achieve their goals and change their situation, your situation will change somewhere in the mix and you’ll smash straight through any goal you ever had,” says the influential entrepreneur.

From the day he was born in 1998 in Florida to him overcoming systematic barriers, Kenny Simpson is a great example of that ‘extraordinarily special’ breed of individuals who trusted their guts and paved their paths to extreme riches. Having an absolute zero passion for 9-to-5 employment, Kenny abandoned his studies midway to pursue entrepreneurship at the cost of ferocious hard work and indefinite stamina for challenges just to be later rewarded with a prosperous career as a network marketer and trader. After amassing 6 figures in wealth, Kenny is now en route to helping youngsters strike rich as entrepreneurs.