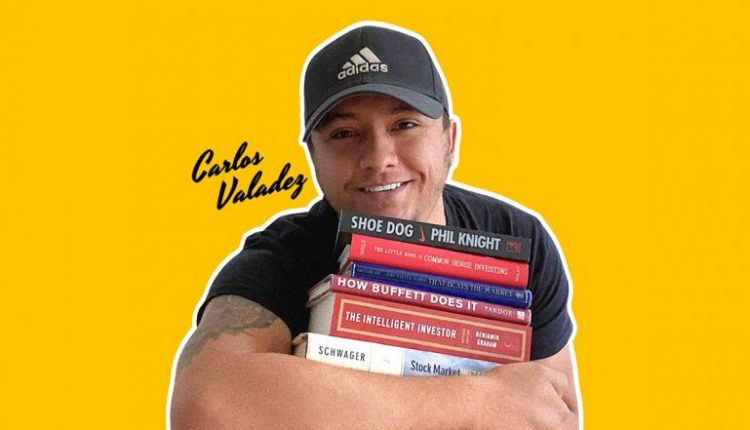 What is better than becoming a millionaire at the young age of 22? Teaching others how to become millionaires! That is the story of America’s Contrarian Value Investor Carlos Valadez, also known as Charlie Mar which currently enjoys a net worth of $9.3 million. Carlos excels in doling out stock market advice where he earns his dollars navigating the market with smart investments. Though Carlos began his journey into the world of investment with a lot of trial and error, over a period of time, he has established himself as a “Multi-millionaire Value Investor” among his patrons.

Talking about his recent achievements, Carlos says, ““I recently made $1.6 million in only 3 months with my last investment. Apart from helping 9 other people achieve a millionaire status. The best part is I am in the compounding game, so like an avalanche things will only grow exponentially from here. Speaking off, I just opened a new position with $5 million on a new company.”

Quite active on social media, Carlos’ posts are well known for adding value to his followers’ portfolios. He is constantly sharing information on his Facebook and Instagram accounts, so that his followers can keep up with whatever new is happening in his investing portfolio. Keeping abreast of all the developments helps Carlos’ patrons make informed decisions. Carlos strongly believes the best way to earning the moolah is the unconventional way of Contrarian Value investing.

In his own words, “Over time, with all my stories and posts people simply noticed my investments doing very well. I am known for going against the grain and turning out to be right. That is where I’ve been gaining momentum slowly and building a name for myself.

However, his journey hasn’t been free of obstacles and he has had to go through lots of tribulations in order to reach this position. But as they say, reaching the top isn’t as difficult as staying on the top. The hardest part for Carlos has been to convey his policy of buying stocks that no one wants. You see Carlos Valadez follows the classic Buffett ways of investing. And. His mission is to help change other peoples mentality about investing in the stock market.

Explaining his process, the Value Investor par excellence says, “I am a Contrarian Value Investor. This means I am usually buying stocks when no one wants them. I come in and buy stocks when they are distressed and being hated on. There is usually a lot of emotion and fear behind the stocks I buy. And, since I am doing the opposite of what the majority are doing, they tend to think I am crazy or say that I don’t know what I am doing. It gets them really confused!”

Dry Day in India on 15th August 2021: Alcohol Will Not Be Served in Pubs and Bars…