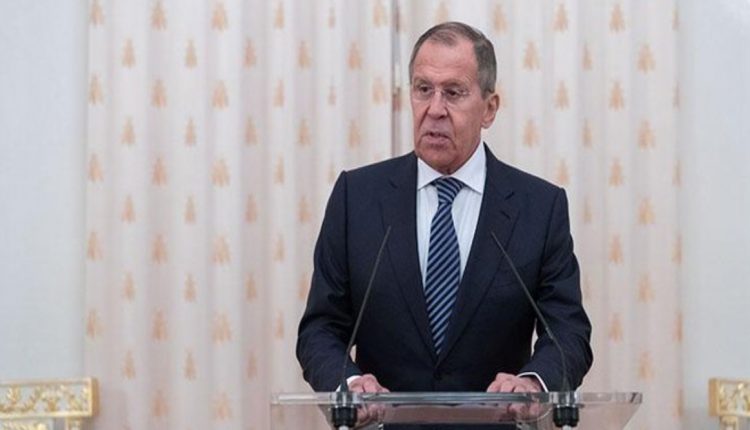 Moscow, April 17: Moscow plans to expel 10 diplomats from the US and ban several high-ranking officials from entering Russia, in retaliation for sanctions imposed by Washington this week.

The no-entry list includes the US attorney general, the secretary of homeland security, the FBI director and the director of national intelligence, according to the Russian Foreign Ministry, DPA news agency reported.

Russian Foreign Minister Sergei Lavrov said Moscow would also restrict the activities of organisations and foundations from the US, to make sure they don’t interfere in the country’s internal affairs. US President Joe Biden, Japanese PM Yoshihide Suga Discuss Chinese Influence Over Indo-Pacific.

Lavrov also recommended that US ambassador John Sullivan return home for consultations in Washington, according to the Interfax news agency.

Moscow had earlier withdrew its ambassador, Anatoly Antonov, from Washington.

The expulsion of the 10 US diplomats mirrors Washington’s decision to eject 10 Russian diplomats from the country.

The United States launched diplomatic and financial offensives against Russian officials and businesses on Thursday over election-meddling and Moscow-linked cyber hacks.

The diplomats expelled by the US include five members of the Russian intelligence services.

The US’ 29 fellow NATO members, many of whom are in the EU, also backed the move. And Poland deemed three Russian diplomats, employees of the Russian embassy in Warsaw, as personae non gratae, and expressed solidarity with the US.

In response to Poland, Russia kicked five of that country’s diplomats out of the country on Friday, a tougher measure than the usual reciprocal number.

Despite the fresh sanctions, the US does not seek to escalate tensions with Russia, President Joe Biden said.

He said Thursday that Washington did not want to start a cycle of escalation and conflict with Russia, echoing a White House statement that called for a “stable, predictable relationship.”

“We do not think that we need to continue on a negative trajectory. However, we have also been clear – publicly and privately – that we will defend our national interests and impose costs for Russian government actions that seek to harm us,” the statement read.

Earlier in the day, Russia had welcomed that sentiment.

In addition to six members of the Biden administration, there were two former US officials banned from entering Russia on Friday: Ex-CIA director R James Woolsey Jr and John Bolton, who served as president Donald Trump’s national security advisor.

The Foreign Ministry said all of the individuals were “involved in developing and implementing the anti-Russian policy course” of the US.

(The above story first appeared on Scoop Buddy on Apr 17, 2021 10:15 AM IST. For more news and updates on politics, world, sports, entertainment and lifestyle, log on to our website scoopbuddy.com).

Past COVID-19 Infection Does Not Fully Protect People Against Re-Infection, Shows Study