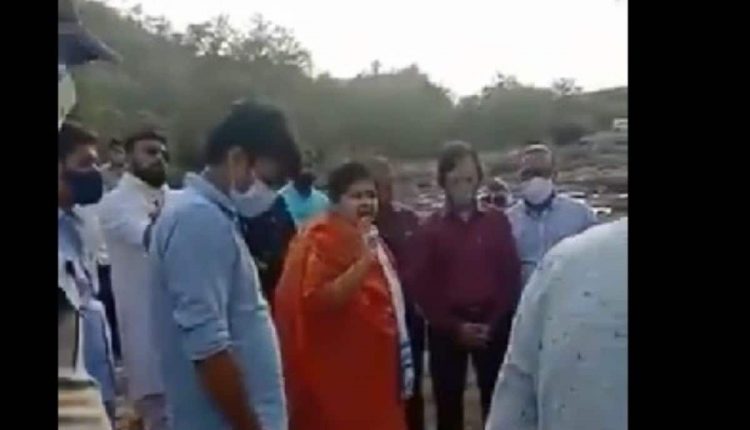 Dhar: Usha Thakur, Tourism Minister in Shivraj Chouhan government in Madhya Pradesh, has landed in trouble for her controversial statement to tribals who met her in Dhar district recently and complained about contaminated water in the area.

Some unknown miscreants had allegedly thrown chemical in river Ajnar which also polluted the river Karam, as a resulf of which the water got polluted and turned red.

Days ago, when Thakur was in the area, some local tribals met her and shared their ordeal of not being able to access clean water.

The minister, in response, asked them why they chose to settle in the unusual place and said they must have thought beforehand about the problems they would face there.

“You people had decided to settle at this unusual place and must have imagined the problem you would encounter here,” said the minister to which the locals replied it were their forefathers who had selected this place and not them.

The minister then said that in those times, the troubles would have been graver, adding, “You people have chosen the place filled with discomfort, nobody had asked you to live here.”

Later, a video of the said incident also went viral on social media.

The minister was recently in the news for holding a puja inside Indore airport and later performed several days of hawan for warding off the coronavirus.